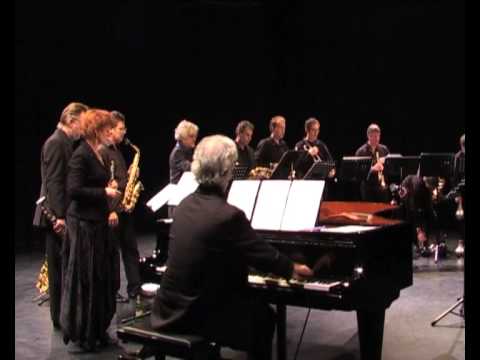 Orkest de Volharding, a Dutch music group, was founded by Louis Andriessen in 1972. It is named after the famous Andriessen work. On 12 May 1972, the concert featured three trumpets, trombones, and saxes with Andriessen as the pianist. The standard line was established after that, with the additions of flute, horn, and bass (although for a time 2 clarinets were also added). The group was originally formed as a street band with an agenda. However, it has evolved to be a more traditional contemporary music ensemble and added a conductor in 1990s. Before leaving the group in the late 1970s, Andriessen composed a number works. The group is still missing the original concert musicians, however Dil Engelhard, the flautist, and Bob Driessen the saxophonist are still in existence. From Wikipedia