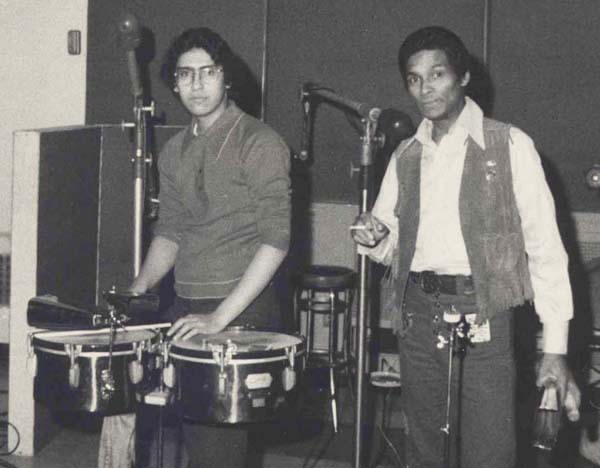 Born in Santurce, Puerto Rico, I was raised in Lares up to the age of eight. My parents Ana Perez Dicupe and Froilan Dicupe took me to New York City when I was nine years old to study and go to school. I was twelve when I joined the P.A.L. center. I was a member of “The Gua-Guancheros”, a drumming group where I learned how to play congas. Ted Holiday was my instructor, and he later played congas on my first album with Fania.
Freddy, my brother, was an influential figure in my trumpet playing. He invited me to join the band and played the trumpet when he was in clubs. Later, I took up the trumpet at the Brooklyn Conservatory of Music. I was twenty-two when I graduated from the Brooklyn Conservatory of Music and started my professional musical career as a trumpet player with Lebron Brothers.

The Orquesta Dicupe was founded in 1970. Larry Harlow, the producer, and Jerry Massucci (CEO) of Fania Records saw the band performing and began discussions to produce with Fania. The albums “Orquesta Dicupe”, and “Aqui Llegamos,” were released in 1973 and 1974. They featured such vocal legends as Adalberto Santiago and Ismael Miranda. Roberto Torres, Junior Gonzales, and Ismael Quintana.

Both albums became extremely popular and the band was able to perform in some of the most iconic clubs like The Cheetah and Corso. The DJ era came along, and the band didn’t have enough work. I decided to disband the band. In 1990, however, I produced my first CD, “Que Bonito Es Amar”, which has yet to be released.

Over the years, I have been involved in the music industry in various capacities. However, the internet has allowed me to receive a lot more encouragement from people around the globe. They send me emails in which they praise the band and the music. I have even seen videos of salsa dancers dancing to Orquesta Dicupe’s music. I was inspired to share the sounds of Orquesta dicupe with the next generation.