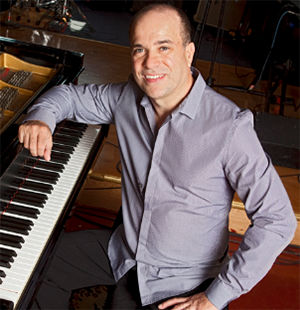 Oscar Hernandez, a four-time Grammy Award winner, has been long considered to be one of the most prominent and gifted pianists/arrangers in the current Latin, Latin-jazz, and salsa music scene. Oscar Hernandez is the leader and founder of the internationally acclaimed “Spanish Harlem Orchestra”. Oscar Hernandez and SHO, as they are more commonly known, have won five Grammy nominations for their CDs. They were nominated on “Un Gran Dia En El Barrio”, won Grammy for “Across 110th Street”, and were again nominated for “United We Swing” and another Grammy with “Viva La Tradicion”. Their latest CD is simply called “Spanish Harlem Orchestra” featuring jazz legends Chick Corea.