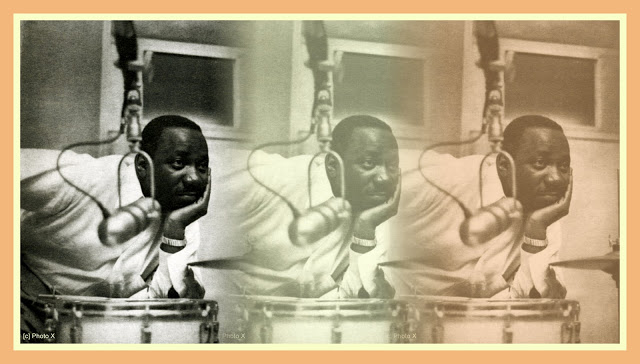 Osie Johnson was a highly-respected drummer in New York in the 1950s and first half of 1960s. He made countless recordings and worked steadily in the studios. Osie Johnson began his professional career in 1941. He was a member of Sabby Lewis’ Boston band (1942-1943), then he was in the military, where he was a member of a Navy band (1944-1945). Johnson joined Earl Hines’ band in 1951-1953 after five years of freelancing in Chicago. After a few Stints with Dorothy Donegan, Illinois Jacquet, Johnson became a professional session musician. He recorded and played with an impressive list of mainstream musicians, including Dinah Washington and Coleman Hawkins. Osie Johnson contributed to the support drums and was also a composer, arranger and singer. He led sessions for Jazztone (1955), and RCA (1956). Allmusic