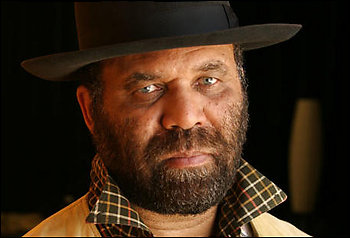 Otis Taylor is a man who likes to be surprised. His music is a mixture of roots styles, but it also addresses heavyweight issues such as murder, homelessness and injustice. However, Taylor’s personal style is lighthearted. He says, “I’m good with dark, but not a particularly happy person.” “I would like to have enough money to purchase a Porsche.” Taylor’s contrasting personality traits are part of his appeal. Taylor is one of the most captivating artists of recent years because of his element of surprise. Guitar Player magazine says that “Otis Taylor” is the most important blues artist today. It could be his unique instrumentation (he loves banjo and cello), the sudden sounding of a female voice, or the soaring optimism of songs that take a sad turn, but what is consistent is poignant storytelling grounded in history and truth. Double V is Taylor’s sixth album. He tells intimate stories and creates an aural adventure that is influenced by his unconventional childhood. Otis Mark Taylor was a Chicago native in 1948. His uncle was killed and his family moved to Denver, where he was exposed to blues and folk music as a child. Taylor says that both his parents were huge music lovers. “My dad worked on the railroad and was familiar with many jazz musicians. He was a socialist, and a real bebopper. Sarah, his mother, was a strong woman with liberal leanings and a great fan of Etta James. Young Otis spent some time at Denver Folklore Center, where he purchased his first instrument, the banjo. It was his first instrument and he used to ride it on his unicycle all the way to high school. He also heard country blues and Mississippi John Hurt at the Folklore Center. By his teens, he had learned how to play the guitar and harmonica. Later, he founded his first bands: the Butterscotch Fire Department Blues Band (later the Otis Taylor Blues Band). He performed briefly in London before returning to the U.S. in late 1960s. The T was his next project.