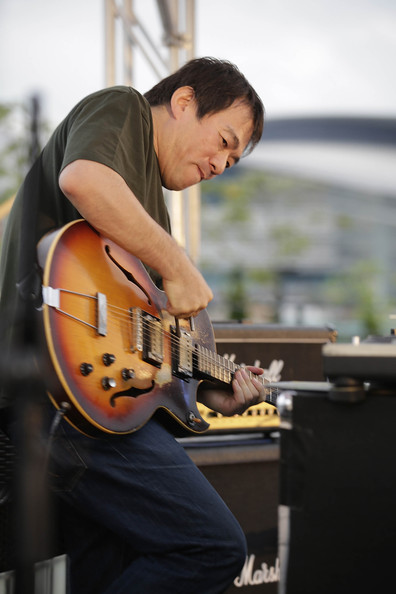 Otomo Yoshihide, an improvising guitarist, turntablist, and composer, was born in Yokohama on August 1, 1959. His father was an engineer and he started creating sound collages using open-reel tape recorders as a teenager. Yoshihide was a member of a local band in high school. He then moved to free jazz. His influences were mainly Kaoru Abe, the guitarist, and Masayuki Takaanagi, the guitarist. While at university, Yoshihide became interested in ethnic music and traveled to Hainan in China in 1981 to study the culture. Yoshihide returned to Tokyo in 1990 and began performing free improvisation sets at Goodman Club. However, he kept a low profile until 1987 when he joined a duo with Junji Hirose. Yoshihide was a member of Kato Hideki’s 1990 group Player Piano, and also started his own noise rock band, Ground Zero. He also headed the Double Unit Orchestra from 1992 to 1994. Yoshihide also helmed other groups during that period, including Mosquito Paper (now Sampling Virus Project) and Mosquito Paper (now Mosquito Paper). After the 1998 dissolution Ground Zero, his work shifted towards minimalism with projects like I.S.O. Filament. Allmusic