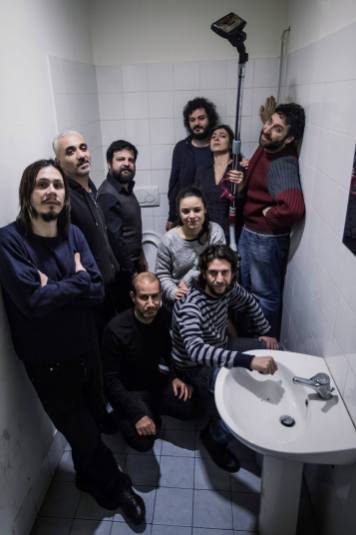 OU stands for egg in Sardinia (a remote island in the Mediterranean). The good news is that OU has finally made it to the mainstream. According to some, the egg is an ancient creature with distant origins. Others believe that OU is a sign for our time, and comes from the future. Spotted at the circus and in a jazz club. Also seen in line at a mall during Christmastime singing and laughing with a group pygmies. A collective burning desire is for OU to be heard on a ukulele in a tiny bedroom. The Great Speculation is another important one. It was the first hypothesis that the egg gave birth to new forms, an embryo of a creature not in any of the known categories. Dogmas also claim that the egg’s contents are what created all of life. OU is still here, in its original form, full and alert, ready to have a deep conversation about all life on the planet. http://oumusic.org