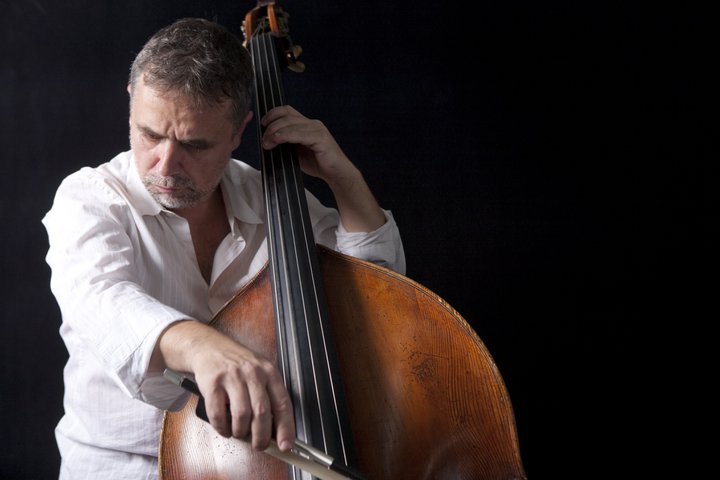 Pablo Aslan, an Argentinean-born producer, bassist and educator is highly sought after for his expertise in traditional and contemporary tango. Aslan is a charismatic and energetic performer who has brought his jazz-infused tango to many stages all over the globe. Piazzolla, Brooklyn (Soundbrush Records) is his most recent album as a leader. It’s a tribute to the late Nuevo Tango master. His previous CD Tango Grill (Zoho Music) was nominated to a Latin Grammy Award for Best Tango Album in 2010 and a Grammy nomination for Best Latin Jazz Album in 2010. Aslan recorded Tango Jazz Live at Jazz at Lincoln Center (Paquito Records 2010, 2010). He toured Europe as the music director for D’Rivera’s Tango Jazz Septet in 2010. Recent productions include “Todo corazon” (Jazzheads), by Mark Weinstein, as well as “Romance”, (Soundbrush Records), for Fernando Otero, pianist/composer. Aslan has recorded and performed with Yo-Yo Ma and Shakira. Over a dozen albums have been produced by Aslan for Soundbrush, including Te Amo Tango, a 2007 Latin Grammy winner. This album was produced by Uruguayan bandoneonist Raul Janurena. He is an active educator and has produced educational programs at Lincoln Center Institute, Carnegie Hall Neighborhood Concerts and Arts Connection in NYC. He also lectures and teaches at many universities across the US, including Yale, Harvard, and UCLA. He is currently the Reed Tango Music Institute’s Artistic Director. from http://www.pabloaslan.com