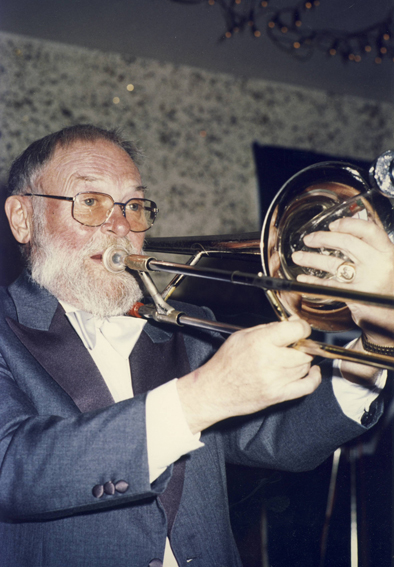 Papa Bue Jensen, who was the leader of the Viking Jazz Band that began in 1956, is a great Dixieland trombonist and has been active in Denmark for many decades. Before forming his band, he had previously recorded with Chris Barber (which was, between 1956-1958, simply known as the New Orleans Jazz Band). The band recorded many times for Storyville and Timeless with American guests like Wingy Manone (Wild Bill Davison), Edmond Hall, Champion Jack Dupree and Albert Nicholas over the years. Allmusic