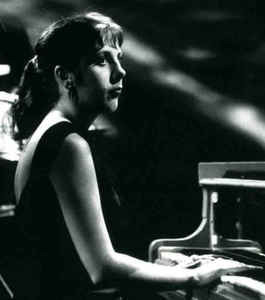 American jazz pianist Pat Moran was born in Enid (Oklahoma) in 1934. Pat Moran, a daughter of Helen Mudgett was born in Oklahoma. She studied piano at Phillips University, and later at Cincinnati Conservatory of Music. Her career began as a concert pianist, but she eventually switched to jazz. The Pat Moran Quartet was founded by her. It later became the Pat Moran Trio. They played at the Hickory House in New York, Birdland, and Blue Note concerts in Chicago. Moran was accompanied by John Doling, the bassist, and John Whited, drummer, in subsequent iterations. Two albums were released by Bethlehem Records in the mid-1950s. Moran’s quartet performed at Birdland in April 1957 with a brass section and arrangements by Nat Pierce. Moran released two additional albums for Audio Fidelity: Beverly Kelly Sings with Pat Moran Trio, and This Is Pat Moran Trio with Scott LaFaro on bass, and Gene Gammage drums. From 1959 to 1961, she also performed with Mel Torme and Oscar Pettiford. Ray Avery, a photographer, published a book called Stars of Jazz (1998) that featured McCoy. In the 1980s Moran, along with Steve Allen, and Jayne Meadows, released Shakin’ Loose With Mother Goose. American Book Award was given to the companion book. She performed infrequently over the years and was featured on National Public Radio’s jazz programming with Marian McPartland. Moran also appears in the Romancing the West Legacy Tour documentary and performance series. McCoy was inducted in the Oklahoma Jazz Hall of Fame, in 2018.