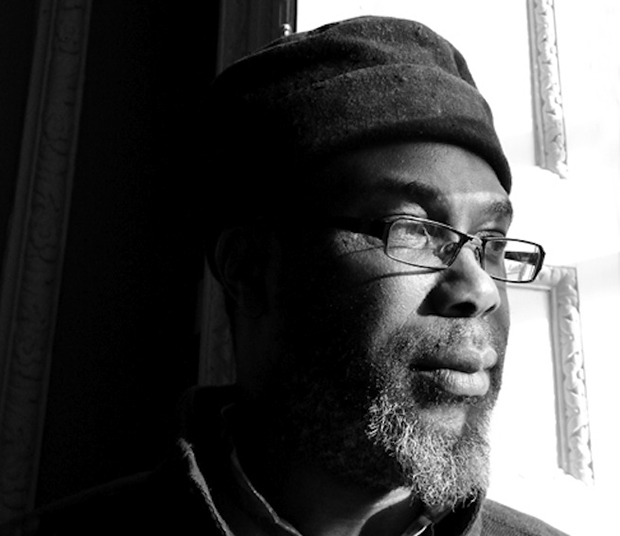 Born 27 July 1960; Piano, electronics. Pat Thomas began playing piano at age 8. He studied classical music and also played reggae. After seeing Oscar Peterson’s television broadcast, he began to play jazz at the age of 16. He then started playing improvised jazz in 1979. He played with Ghosts, which were Pete McPhail u0026 Matt Lewis, starting in 1986. Pat Thomas uses prerecorded tapes in addition to programming his keyboards. Chris Blackford (1991) said that he would probably sit at the TV to record whatever is going on, and then do some editing afterwards to determine what might be of use. But I don’t put a label on each tape that says what’s on it. That way, when I use them, I don’t know what I’m playing. This prevents me setting up things. They are randomly chosen and I see what happens. So I am just as amazed as anyone else at what comes out. He was awarded an Arts Council Jazz Bursary in 1988 to compose three new electroacoustic compositions with his ten-piece group, Monads. It was intended to showcase different aspects of electronic improvisation. Dialogue featured Pete McPhail, Neil Palmer and another piece focused on interaction between percussionists. Jon Corbett and Phil Minton improvising with computers. These pieces were performed in 1989 at the Crawley Outside-In Festival of new Music. Derek Bailey invited Pat Thomas to perform in Company Week 1990 and 1991. He also participated in the Ist International Symposium for Free Improvisation Bremen. He was a member the Tony Oxley Quartet, which is documented on Incus CD 15. He also played in Oxley’s Angular Apron with Larry Stabbins and Manfred Schoof at the 8th Ruhr Jazz Meeting. Lol Coxhill plays with him in various combinations, including duo and being a member ‘Before My Time’. He is also a member Mike Cooper’s Continental Drift and has a solid duo with Mark Sanders, percussionist, as well as a trio with Francine Luce and Steve Beresford. With Roger Turner, Phil Minton and Dave Tucker, Pat Thomas founded the group Scatter in 1992. They were funded by the Arts Council and toured the UK twice more: once in 1993 and again in 1997. Pat Thomas was a part of the ‘Festival circuit’ and has performed at: the Young Improvisors Festival, Den Haag (with Jim O’Rourke and Mats Gustafsson); Angelica 95, Bologna (with Fred Frith and Shelly Hirsch); the Stuttgart 5th Festival of Improvised Music 96; and the 3rd International Festival 96, Budapest (with Evan Parker and Roger Turner). from www.efi.group.shef.ac.uk