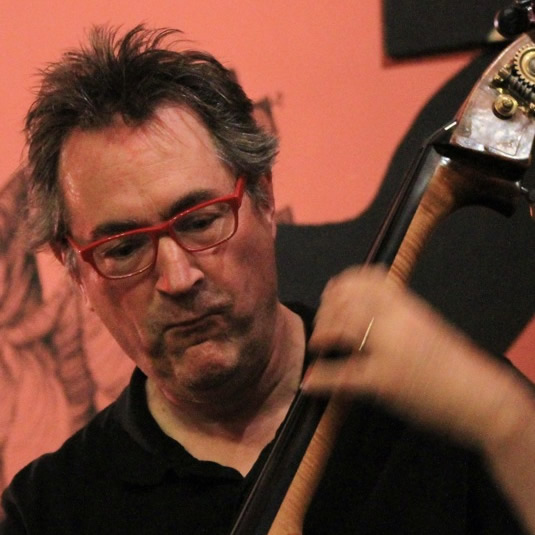 Paul Berner was born in California and grew up in a small town in the Great Plains. He began playing guitar in the local band at age 13. He was also interested in jazz and picked up the double bass a few years later. After only three years of lessons on the bass, he passed his audition to be admitted to the University of Iowa School of Music at the age of 18. He was determined to improve his technique and expand his musical horizons. However, he also studied classical bass playing. Paul received his Bachelor’s degree in Music Performance and moved to Bloomington, Indiana, for post-graduate study at the Indiana University School of Music. He also studied classical bass. He met musicians like Kenny Aronoff and Todd Coolman, John Clayton, Jim Beard, John Clayton, and John Clayton. Paul decided to focus full-time on jazz after completing his Master’s degree at Indiana. He also worked regularly with orchestras in Indiana and Iowa. After one year of woodshedding, Paul moved to New York City in 1979. Within a few months, he was a member the Red Rodney Quintet. He recorded live with him at the Village Vanguard, 1980. He was invited to join the Lionel Hampton Orchestra later that year. He shared the bus with Frank Dunlap, Curtis Fuller and Arnett Cobb during his time with Hamp Paul. He accompanied Stan Getz and Freddie Hubbard at concerts around the globe, as well as Pearl Bailey and Pearl Bailey. Monty Alexander approached Paul in 1981 and asked him to join his team. Paul quit the Hampton organization to join Monty Alexander’s trio and went on the road with him up until 1983. At different times, Monty’s trio included Robert Thomas Jr. and Emily Remler. Milt Jackson’s back-up band was also used several times by the trio. Paul, despite the great experience of working with his musical heroes and friends, decided to quit touring in 1983 to start his own music. He soon found his way to songwriting and pop rock music by following his own instincts. He was involved in several original pop music projects between 1984-1989 as both a writer and as a guitarist and bass guitarist. He also worked briefly with Monty Alexander, Lionel Hampton, and Kenny Werner, as well as Mel Lewis, Bob Berg and Art Farmer. Paul made a decision to improve his quality of life and moved his operations to Amsterdam, the Netherlands in 1990. Bill Frisell said that he wanted a place where he could sit and think, so he moved to Amsterdam in the Netherlands. He arrived in the Netherlands in search of his talents and soon began to work with many famous Dutch and Belgian artists, such as Cees Roos and Toots Thielemans. His bass playing is also used by international artists like Shirley Bassey and George Coleman as well as Michael Moore, Monty Alexander, and again, Michael Moore. From www.paulberner.com