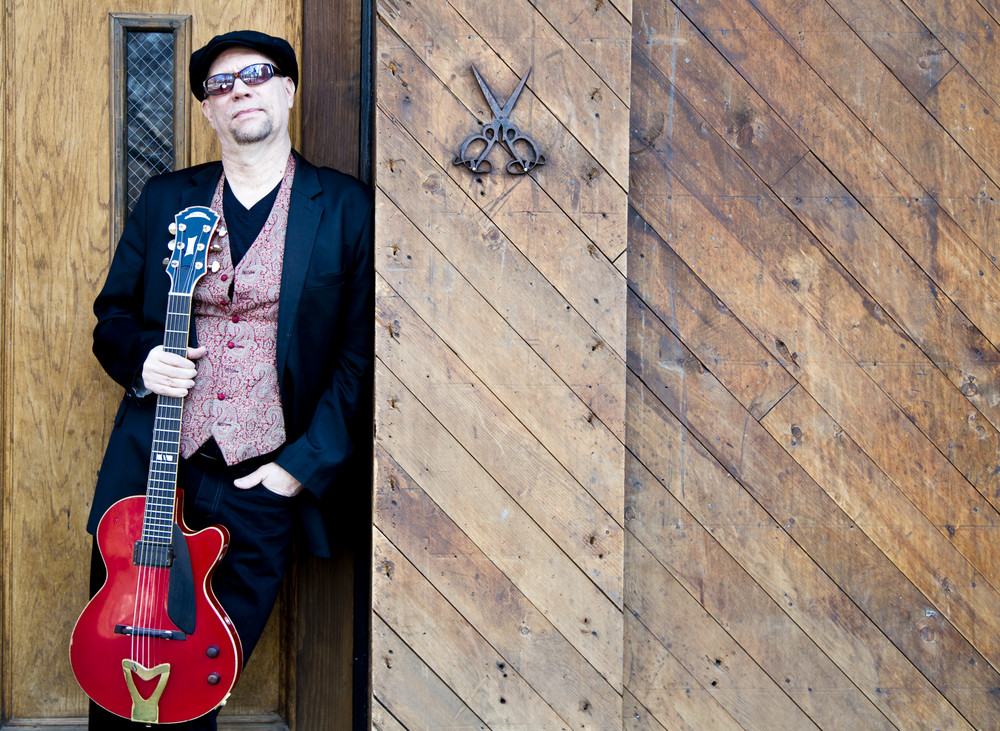 George Benson, a long-standing supporter of Bollenback, described Bollenback’s work as “. . . He is a bona-fide player, clear, direct, and powerful,” and is called “a versatile dynamo guitar.” His unique approach to jazz/blues is unmatched. . ..”. This comment resonates because Bollenback includes Benson among his many influences. These include Wes Montgomery and Kenny Burrell, John McLaughlin and Johnny Winter (among others guitarists) and such greats of composition and improvisation as Bill Evans and Herbie Hancock, as well as Wayne Shorter, John Coltrane, and Wayne Shorter. Paul Bollenback was born in Chicago, Illinois, in 1959. He was raised in Hastings-on-Hudson (NY), just outside NYC. Bollenback was 7 years old when his father, a classically trained trumpeter, gave him a nylon-string guitar. This provided Bollenback with an early musical inspiration. Paul’s father, Bollenback, was a scientist who moved the family from New York to New Delhi in India at age 11. It was there that Bollenback developed a lifelong fascination with exotic musical sounds and timbres, which is evident in his jazz-based work. Paul’s father purchased him an electric guitar when the family returned to New York. He started playing in local rock-and roll bands until he was introduced to Miles Davis, which inspired him to refocus his efforts on jazz fusion. Bollenback moved again from New York to Washington, DC in 1975. He began studying and performing straight-ahead jazz as well as fusion. Bollenback studied music at the University of Miami and then spent eight years studying theory/composition with Asher Zlotnick, a Baltimore-based professor. He made his recording debut in 1987 on Gary Thomas’s Seventh Quadrant (Enja) and established a relationship with Joey DeFrancesco in 1990. This association lasted until today and produced 18 recordings. SESAC awarded Bollenback with the award for original composition in 1991. The 1993 composition of “New Music for Three Jazz Guitars” was made possible by a grant from the Virginia Commission on the Arts, and the National Endowment for the Arts. Bollenback was awarded the Washington Area Music Awards Musician-of-the Year in 1997. He returned to New York City that year, where he still lives. Bollenback made his debut as a leader in Original Visions (Challenge) and his second effort, Double Gemini was named “CD-of-the-Month” by WBGO Jazz Radio and 20th-Century Guitar Magazine. His third release, Soul Grooves (Challenge), was named the “Best Contemporary Jazz Album 1999” by ‘Ndigo Magazine. He has been on the Tonight Show and Good Morning America as well as Entertainment Tonight. His 3rd release, Soul Grooves, was named “Best Contemporary Jazz Album of 1999” by ‘Ndigo Magazine. Bollenback’s impressive discography and versatility as both a sideman and leader speaks for itself. His two most recent releases, “Brightness of Being” and (ED4548), were his last.