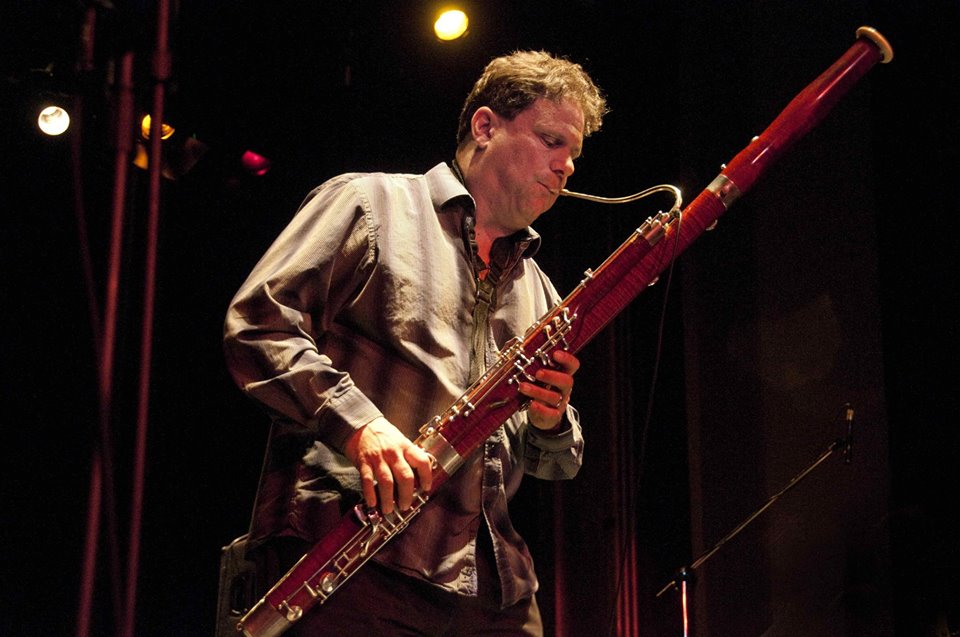 Paul Hanson’s musical career is a testimony to his fearless dedication and creativity. Paul Hanson has redefined the rules and set new standards in terms of what can be done on the most classic woodwind instrument. One reviewer said, “But he transcends technique to the point where the listener doesn’t have in mind that it is a BASSOON” that he’s playing.” Paul’s explorations have transcended limits and opened up new possibilities while creating music of the highest standard. Paul’s repertoire includes all aspects of modern improvised music. Paul’s roots as a jazz saxophonist and classical bassoonist have given him the opportunity to broaden the repertoire of the instrument while also creating his own musical voice. Paul has performed and recorded as an improvising bassoonist with Bela Fleck, Wayne Shorter, Medeski, and Medeski Martin.