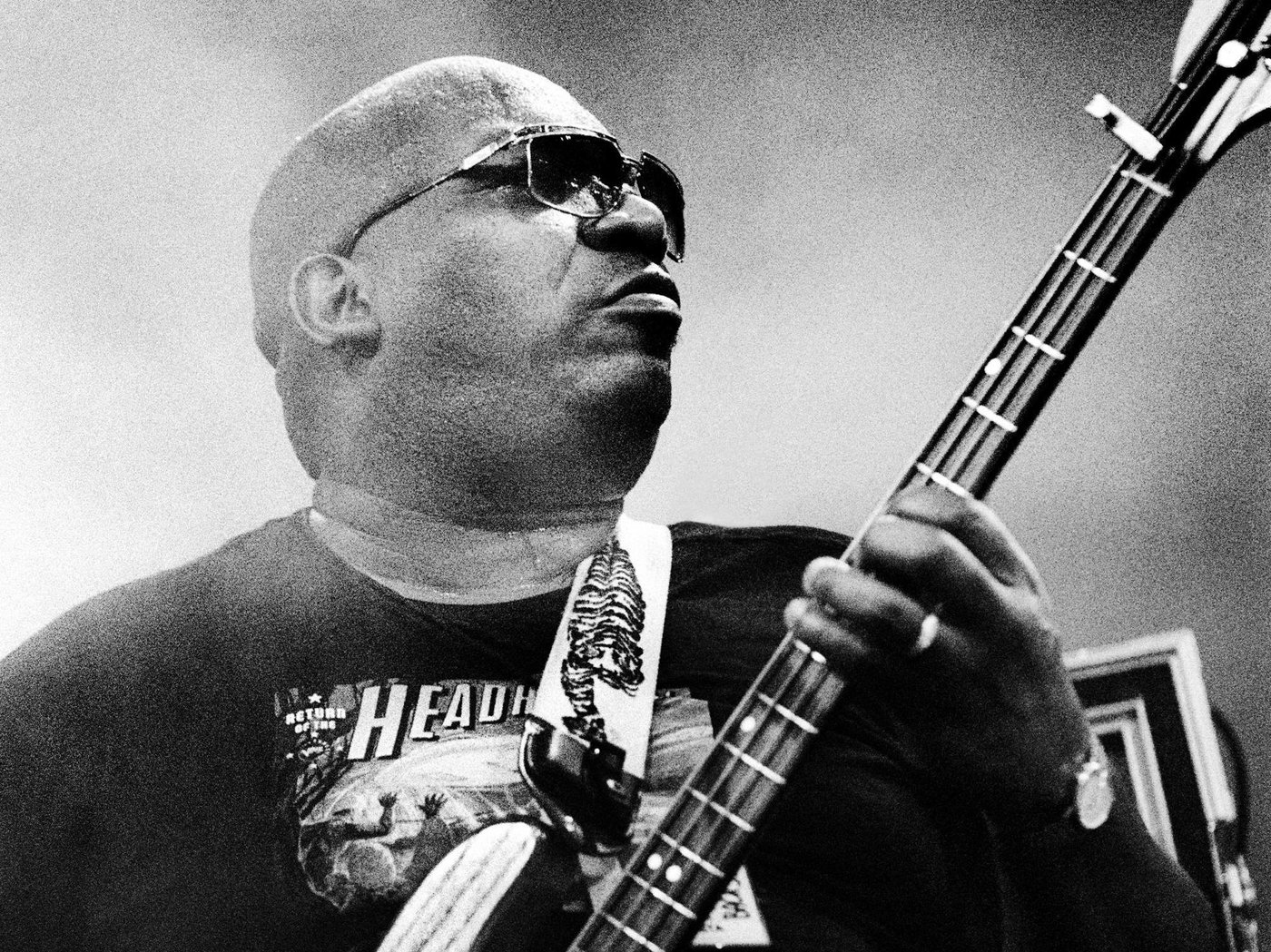 Jackson worked as a sideman with a wide variety of artists, from Santana and the Pointer Sisters to the jazz saxophonists Stanley Turrentine and Sonny Rollins. But he is undeniably best known for his association with Hancock, which lasted through most of the ’70s. His insistent, conversational electric bass lines propelled Headhunters — with Hancock on keyboards, Bennie Maupin on saxophone, Bill Summers on percussion, and either Clark or Harvey Mason on drums — to the furthest reaches of rapturous jazz-funk. Jackson’s playing both tethered the band to the ground and encouraged it to take flight. He can be heard on all four Headhunters albums under Hancock’s direction: 1973’s Head Hunters, 1974’s Thrust, 1975’s Man-Child, and the 1975 live LP Flood. The relentlessly funky Head Hunters, inspired more by Sly and the Family Stone than by Hancock’s onetime boss Miles Davis, became the best-selling jazz album of all time on release — cracking the Top 20 on the Billboard album chart. Jackson co-wrote its lead track, “Chameleon.” The band performed on Soul Train, and “Chameleon” became a jazz standard. “Paul Jackson was an unusual funk bass player, because he never liked to play the same bass line twice, so during improvised solos he responded to what the other guys played,” explained Hancock in his 2014 autobiography, Possibilities. “I thought I’d hired a funk bassist, but as I found out later, he had actually started as an upright jazz bass player.” Despite his acoustic origins, Jackson’s style on electric bass was fully realized the moment he picked up the instrument. “It sat in the music room for a long time and then one day he broke it out and started playing exactly as he later would with Herbie upon taking it out of the case!,” Clark told Jazz Journal. “I started playing along and we immediately fell into the funk thing we later got known for. It happened spontaneously and took hold within seconds. Soon we started playing this style with many groups in the Bay Area and became known for this.” In the mid-’70s, the Headhunters — Hancock’s 1973 album was confusingly title Head Hunters — started performing and recording without Hancock, releasing two albums that became cult favorites among funk fans: 1975’s Survival of the Fittest and 1977’s Straight from the Gate. The stirring “God Make Me Funky,” off Survival of the Fittest, was sampled by everyone from De La Soul to N.W.A. Jackson co-wrote the song and sang lead vocals. Jackson was born on March 28, 1947, in Oakland, Calif. As a child, he also played piano and bassoon, but bass was his main instrument. Upon meeting Clark in Oakland, the two became musical soulmates, and Jackson recommended Clark to Hancock when Mason decided he didn’t want to tour. (Full disclosure: Clark and I have performed and recorded together.) The intricate, endlessly active grooves that Jackson and Clark created, as heard on Hancock tunes like “Actual Proof” and “Spank-A-Lee,” are instantly recognizable and often emulated. When the Headhunters went to record “Actual Proof,” a notoriously tricky piece, Jackson offered a brand new bass line, one they hadn’t previously used live. Hancock was thrown at first, but also impressed. “It took me a while, but I figured out a whole different pattern underneath Paul’s bass,” Hancock wrote. “And that’s what we ended up recording. It was a killer bass line, but that’s how Paul was; he could come up with things nobody else could.” Paul Jackson died on March 18 2021 in Japan, where he had lived since 1985. He was 73. from www.npr.org