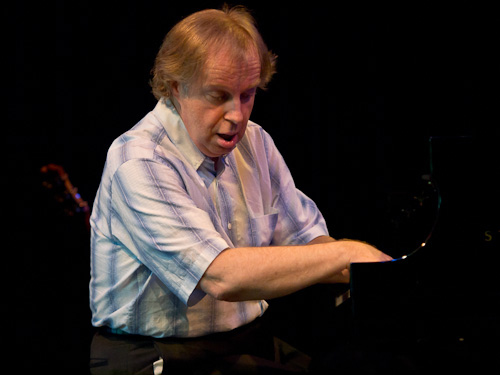 Paul (Horace) Plimley was born 16 March 1953 in Vancouver (British Columbia) and is a vibraphonist and pianist of free jazz. He is a pioneer of Canadian jazz avant-garde. He was also a co-founder and frequent collaborator of bassist Lisle Elsey. He is an expert in jazz and classical music. He was also a pioneer in the interpretation of Ornette Coleman’s piano music (which is often seen as antithetical to Coleman’s music). Plimley studied classical piano with Kum-Sing Lee (1973-193) at the University of British Columbia. He studied with Karl Berger, Cecil Taylor and the Creative Music Studio in Woodstock. He founded the New Orchestra Workshop in 1977. He has been involved in many ensembles, including the NOW Orchestra. His extensive work with Lisle Ellis includes the duo CD Both Sides of The Same Mirror (Nine Winds 1989); and When Silence Pulls (Music).