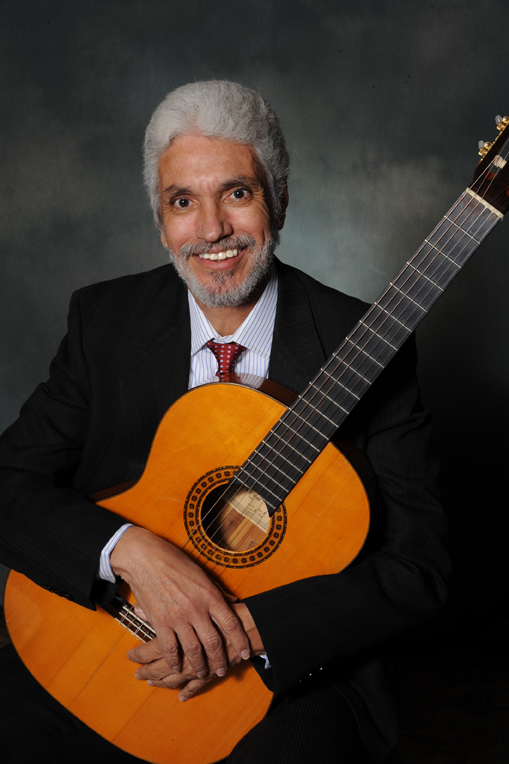 Paulinho was born in Belo Horizonte (Brazil). He was just five years old when he began singing in the Sunday children’s program at Radio Inconfidencia. He started playing the drums in his teens, then moved on to the bass. This was his primary instrument until 1991 when he switched to the guitar. Paulinho was a well-known performer, arranger, and jingle composer in his native city. He was the leader of the band “Os Agitadores”, and a bass player in the house band at Emissoras Associadas TV Itacolomi Radio Guarani. Paulinho arrived in Chicago in 1979. He joined the group Made in Brazil and remained there until 1991, when he formed Jazzmineiro. His 1996 album received great reviews in The Brazilians, Jazziz magazine and The Chicago Tribune. (…Paulinho should be considered a Chicago treasure… Howard Reich and LA Times. Paulinho is a world-touring performer who plays in jazz festivals, theaters and clubs throughout Asia, Europe, and America. On July 24, 2008, his production of “50 Years of Bossa Nova” was seen by a record crowd of 12000 people. In December of that year, he performed on the Esplanade Hall stage at Singapore’s Esplanade Hall for a sell-out audience of 1600. He regularly performs at many prestigious jazz festivals, including the North Sea Jazz Festival in Holland, Elite, Fujitsu and Japan’s jazz festivals, Singapore Jazz Festival, Jazz w Museum and Jazz nad Odrq, Central Pennsylvania Friends of Jazz, North Beach and Sarasota Jazz Fest in the USA, and the jazz cruise and party at sea. Paulinho is also a clinician. He has presented workshops and concerts at many prestigious universities like Northwestern, Wisconsin at Milwaukee and Cornell, Hope College, and others. In 2009-2010, he taught Russian at the Moscow College of Improvised Music. He also gave workshops live on television for the entire Russian nation. Paulinho currently teaches Brazilian guitar, vocals and coaching a Brazilian trio at Roosevelt University. from http://www.paulinhogarcia.com