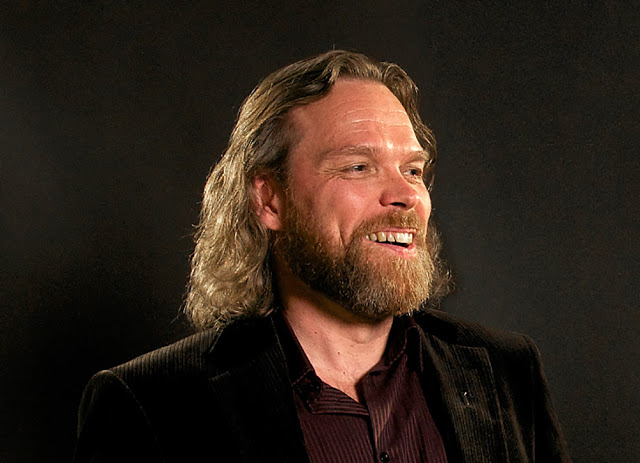 Pertti Jalava (b. 1960 in Turku , Finland ) has composed numerous works for various chamber ensembles and orchestra, among them four symphonies, a flute concerto and a double concerto for piano and flute. He has also written a considerable volume of music for big band and his jazz ensemble, in which he playes drums and keyboards. Though stylistically he keeps his two main genres (jazz / chamber and orchestral music) separate, without engaging in crossover, he does allow influences to travel between the two and they have many features in common: the important role assigned to rhythm and melody, polyphony, picturesque narrative and richness of event. His primary objectives are, Jalava says, emotional and narrative expression. Such aspirations leave no room for exclusions of any kind. In his music he uses strong contrasts, thereby achieving dramatic effects and aesthetic accents. Sometimes ugliness is needed to emphasise beauty: distorted harmonies, sharp timbres and aggressive rhythms. At other times these negative messages have to be offset by unashamed beauty in order to be experienced to the full. Rhythm occupies a major role in Jalava’s music. It is often motor-like and frequently asymmetric. Yet a meditative quality, or a kind of floating, carefree mood is also characteristic of his music. Despite drawing mainly on twelve-note techniques, most of Jalava’s classical works create a feeling of tonality. In his most recent compositions he often lets their nature determine the music or employs other methods of his own devising, assigning row technique only a secondary role. Nor does he belittle the role of humour, the very salt of life and music. Jalava has studied composition – and music in general – almost entirely on his own. In 1993, having already created an extensive repertoire influenced by rock and classical music for his jazz ensembles, he studied theatre composition with the American Craig Bohmler on a six-month course run by the Finnish Music Theatre Association. As his final assignment he composed a chamber opera called Paradise . Having completed this course, a turning point in his career, Jalava embarked on an intensive course of private study and attended the composition laboratories held by the Turku Philharmonic Orchestra and the University of Turku in 1994, 1996 and 1998. Pertti Jalava has won a number of prizes in Finnish and international composition competitions with works for string orchestra, wind orchestra, chamber ensemble, jazz ensemble and big band. Works by him have been performed by many orchestras and ensembles in Finland and abroad. He has been a full-time composer since 2001. Jalava has produced four albums of his music: “In The Wind” 2007 which consists of four works for string orchestra and soloists (piano and flute), “Go to the Beach” 2010 by Jalavas progressive jazz ensemble: Peppe Jalava Band, “Into a Warm Night“, which has four chamber works by Jalava performed by Akademos Quartet, Lorien Trio and Kimmo Rahunen and “A Guided Tour in the Kuiper Belt” 2016 the second album by Peppe Jalava Band. The reviews for these albums have been praising. Several concerts comprising over 40 works by Jalava have been recorded and broadcast by the Finnish Broadcasting Company (YLE). from perttijalava.com