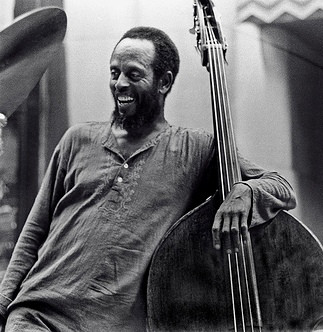 Percy Heath (April 30, 1923 – April 28, 2005) was a jazz musician. He is most well-known for his 40 years of service as double bass player for Modern Jazz Quartet (MJQ). He is the brother to Jimmy Heath (tenor saxophonist) and Tootie Heath (drummer), with whom he founded the Heath Brothers in 1975. Heath worked with Miles Davis and Dizzy Gillespie as well as Charlie Parker and Thelonious Monk. He released his first album as a bandleader on the Daddy Jazz label at the age of 81. Heath’s debut album, A Love Song, received rave reviews and was a fitting end to his long and successful career. Heath was born in Wilmington in North Carolina, and grew up in Philadelphia, Pennsylvania. His father was a clarinet player and his mother sang in the church choir. At age 8, he began playing the violin and sang in local churches. In 1944, he was drafted to the Army and became a Tuskegee Airman, but he did not see combat. After the war, he decided to pursue music and bought a stand up bass. He enrolled at the Granoff School of Music. He was soon playing in jazz clubs throughout the city with top artists. Percy and Jimmy Heath moved to New York in late 1940s. They found work with Dizzy’s Gillespie’s groups. He was also a member, along with Johnny Griffin, of Joe Morris’s band around this time. Ray Brown, Kenny Clarke and Milt Jackson were all members of the Gillespie big group. They decided to start a group that would become the Modern Jazz Quartet. Percy Heath joined the group in 1952, after Ray Brown had left the group to go with Ella Fitzgerald’s group. The MJQ continued to play until 1974 when it was disbanded. Percy Heath, his brothers and pianist Stanley Cowell formed the Heath Brothers in 1975. In these performances, he would often play the cello rather than the bass. After a second battle with cancer, he died in Southampton, New York, just two days before his 82nd Birthday. Text contributed by users is available under Creative Commons By–SA License. It may also be available under GNU FDL.