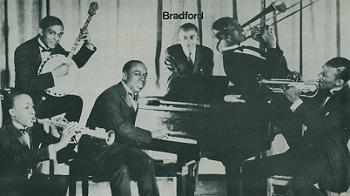 Perry Bradford lived until 1970. However, his main contribution to music was in the first half 1920s. He was born in Atlanta, where his family moved when he turned six years old. In 1906, he began working for minstrel shows. As a solo pianist, he played in Chicago from 1909 to 1909. He then visited New York the year after. Bradford was a composer, pianist, and singer who worked for 10 years in the theater circuits. He settled in New York and became Mamie Smith’s music director. His song “Crazy Blues”, which he sang in 1920, was the first recorded blues performance by a singer. He toured with Smith and recorded with him. He also worked with Alberta Hunter and headed seven sessions of his own recordings between 1923-1927. His sidemen included Johnny Dunn and Bubber Miley and Garvin Bushell. Louis Armstrong was featured on two numbers in 1925, Buster Bailey and James P. Johnson. Bradford, a talented singer but not a great one, fell into complete obscurity with the advent of the Depression. He was a bit pompous in later years. This may have been due to his complete forgetfulness. Alone with the Blues, Perry Bradford’s autobiography, was published in 1965. His most well-known songs included “Crazy Blues,” “That Thing Called Love” and “You Can’t Keep A Good Man Down.” Allmusic