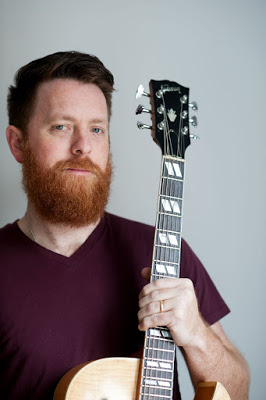 Perry Smith is a guitarist who combines his love of jazz with influences from folk and rock to create his unique style. Smith, originally from California, is now based out of Brooklyn. He leads his own band and acts as a sideman for jazz artists and commercial musicians. Smith’s impressive performance list includes the Blue Note Jazz Club, NYC/Tokyo, Village Vanguard (NYC), Dizzy’s Club at Lincoln Center (NYC), Healdsburg Guitar Festival and Montreal Jazz Festival. He also performed at Hoffest (Berlin), The World Expo, Japan, Yoshi’s Jazz Club (SF Bay Area). Smith won the 2006 ASCAP Young Jazz Composers Award. He was also a finalist at the 2007 International Songwriting Competition. Smith is a Brooklyn Jazz Underground Records recording artist and will release his new album, “Street Sense”, in November 2013. This project includes seven original compositions. It is Smith’s first album and debut on BJUR. Smith’s music is unified by simple melodies with a repetitive rhythmic nature. Smith’s talented band, Sam Minaie, Dayna Stephens and Ross Pederson bring the compositions to life with adventurous and interactive improvising. The result is a foundation that is rooted in tradition and a desire to make jazz a more distinctive genre. He received his Bachelor of Music degree in 2005 from the Flora L. Thornton School of Music, University of Southern California. There he also studied with Joe Diorio, a jazz guitarist. He received his Masters of Music from New York University in 2011 and was named the “Outstanding Grad” in the Jazz Department. from www.perrysmithmusic.com