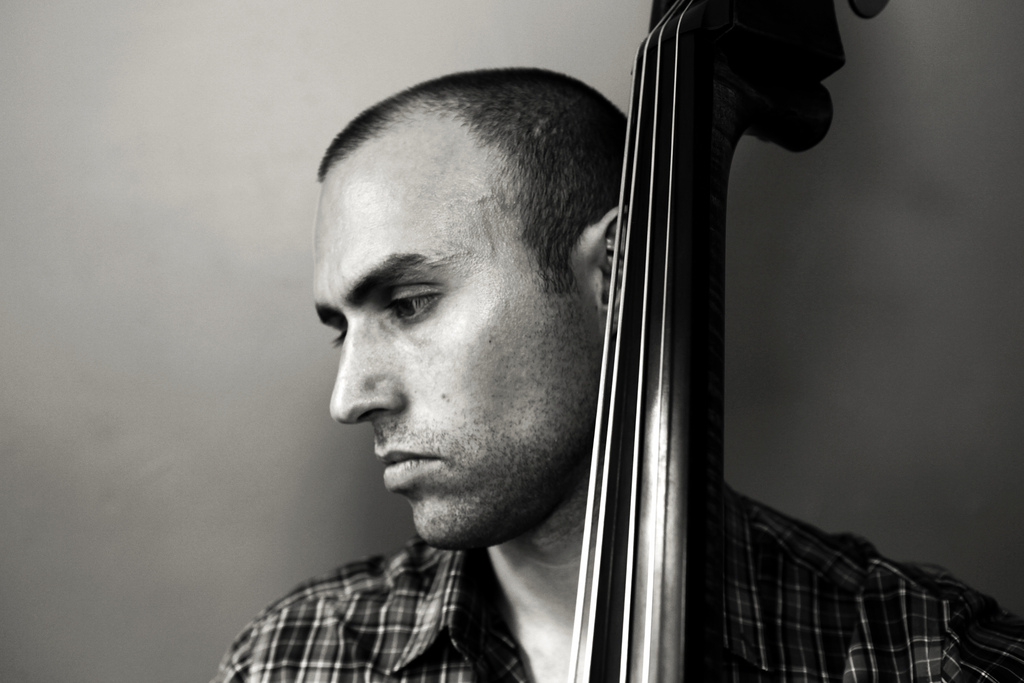 Peter Brendler, the bassist, was born in Baltimore, Maryland. While he began his musical training on an electric bass, he soon switched to the upright bass. Peter plays upright and electric bass as well as guitar and piano. In 2001, he received his Bachelor of Music from Berklee College of Music. He also graduated Magna Cum Laude. Peter was awarded the John Neves Scholarship by Berklee’s bass faculty. This merit-based scholarship is given to upright bassists who show outstanding promise and dedication. Peter was a prolific performer in the Boston area and studied with John Lockwood, Bruno Raberg, and Hal Crook. Peter moved to New York after completing his Boston studies. Peter went back to school in 2002-2004, earning his Masters in Music at the prestigious Manhattan School of Music. Peter studied with Jay Anderson, a well-known bassist, while at the Manhattan School of Music. He also worked alongside other musical luminaries like Garry Dial and Dave Liebman. Peter balanced his academic studies with a demanding performing and recording schedule. Peter has appeared on numerous recordings as a sideman over the 12 years he has lived in New York. He has performed at many world-famous venues throughout New York and across the country, including The Blue Note and Birdland, Zebulon and Sweet Rhythm, The Kennedy Center, The Jazz Standard, Zebulon and The Jazz Standard. Peter has perfromed in Russia and Europe. He has recorded and performed with many artists, including Rich Perry, Victor Lewis and Barry Altschul. Peter is also a musician and producer of electric bass. He is part of several rock and fusion bands, including “The Burr Johnson Trio” as well as the indie rock band “Amateur Blonde”. Peter’s latest recording, “The Angle Below”, was recorded with John Abercrombie (Steeplechase Records). His next CD, “Outside the Line” will be released on Positone Records on April 15th, 2014. from http://www.peterbrendler.com