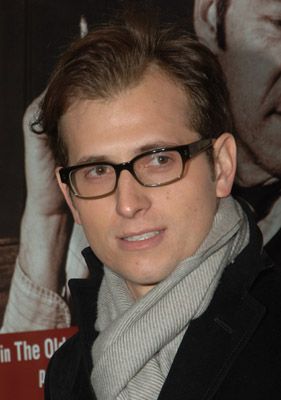 Peter Cincotti, singer-songwriter-pianist and native New Yorker, began playing piano at the age of three. He was a regular performer in Manhattan’s clubs while in high school and, by age 18, was being called “one the most promising singer-pianists in the next generation” in the New York Times. Peter’s debut album, which was produced by Phil Ramone, reached the top spot on the Billboard jazz charts in 2003. This made Cincotti the youngest artist to achieve this feat. He was a hit at Lincoln Center, Carnegie Hall, The Olympia in Paris and The Montreux Festival, where he won an award for his renown piano competition. Peter was an actor in Beyond The Sea. He also wrote the soundtrack. Then, Peter made a brief appearance in Spider-Man 2 and was soon promoted as the face of Ermenegildo Zegna’s 2004/2005 fashion campaign. The Australian film December Boys starred Daniel Radcliffe and featured his original song “December Boys”. Cincotti recorded his first album of original material with David Foster, a 14-time Grammy Award Winner. In 2006, his single “Goodbye Philadelphia”, reached the Top Ten on European radio playlists. In the spring of 2009, Cincotti joined Seal on his sold-out American tour. Elle magazine calls Peter “the rebirth and cool” and he blends pop, rock, and jazz to create new songs with great energy and originality. Cincotti’s exceptional piano skills and his brilliantly relevant songwriting make him one of today’s most socially conscious artists. This sentiment is reflected in his latest album, “Metropolis.” John Bettis (The Carpenters and Madonna), etc. Jon Ingoldsby, Ke$ha, Elton John and others. John Fields, producer (Jonas Brothers Switchfoot Pink, etc. Cincotti says that this opened up a world of creative possibilities, which allowed me to realize my vision without any musical limitations or limitations. I wanted to create a record that could be played in any room, from your living room to a dance club, and still feel cohesive. Songs that blend different genres and styles, explore themes of love, loss, change and sex. “Metropolis” can now be purchased in the U.S.A and Europe. from http://www.petercincotti.com