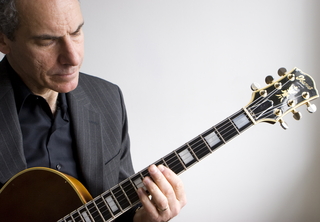 Peter Hand, a jazz guitarist, composer, and arranger is highly acclaimed. He can be found performing in solo or big band settings. He is a native New Yorker who took classical piano lessons when he was a child and switched to guitar as an adult. Peter grew up in New York during the mid-1960s and was blessed to have heard many great musicians from various musical genres perform at venues such as Carnegie Hall, Broadway, Greenwich Village, and Broadway. He was first exposed to blues artists like Little Walter, Howlin’ Wolf, Muddy waters, and others. Then he became particularly interested in B.B.’s blues guitar sounds. King, Albert King, Buddy Guy and others, and worked hard to create his own sound. Peter was a pre-med student in Binghamton University. He led his own blues, and R.