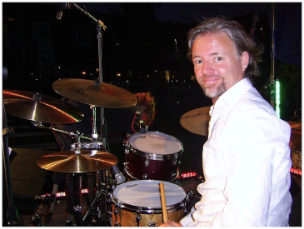 Peter Johannesson was 12 years old when he began playing the drums. After a concert in Stockholm two years later, Peter Johannesson met Herbie Hancock, the legendary jazz pianist. Herbie and his band immediately fell in love with Peter and invited him to join them on the rest of their Sweden tour. Peter was invited to play the drums during the concert at Goteborg’s Concert Hall. This exhilarating experience ignited his desire to make high-energy, spontaneous music. Peter and Herbie continued to collaborate through multiple tours of Sweden. They first met in 1988. Then, they went on to tour the country in 1990, 1991, 1993, and 1993. In 1995, Sixtus (EmArcy/Universal), featuring Herbie Hancock, was recorded. They were again together at the Stockholm Jazz Festival in 2003. Peter Johannesson is also a skilled composer. He has also composed music for various bands and scores for many theatre and television productions. Peter has performed with Viktoria Tolstoy and Peter Persson. from http://peterjohannesson.com