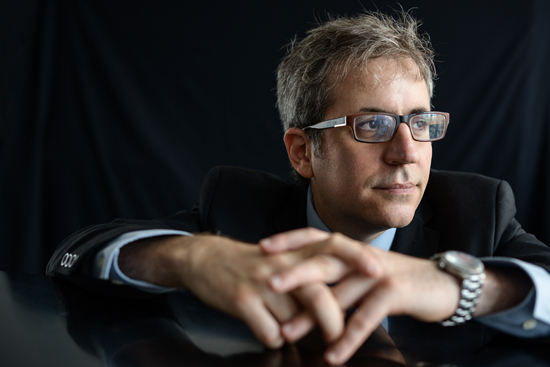 Peter was born in Ohio and grew up in Oakland, California. He studied classical piano before moving to jazz in high school. After graduating from U.C. After graduating from U.C. Berkeley, Peter performed at clubs, concerts, and festivals throughout the San Francisco Bay Area, where he was joined by John Handy and Frank Morgan. He has recorded and performed with Junior Cook, George Coleman and Billy Hart since moving to New York. Peter is also an instructor in the New School University’s jazz program. Peter has been a critically-acclaimed recording artist for SteepleChase Records, a Danish jazz label. The Peter Zak Trio was his first album for the company. It featured Al Foster as drummer and Paul Gill as bassist. For Tomorrow was released in 2006 by Paul Gill with drummer Willie Jones III; My Conception in 2007 featuring Paul Gill; Seed Of Sin in 2008 featuring Quincy Davis and Paul Gill; Blues on the Corner – The Music of McCoy Tyner in 2009; and The Decider in 2009. This quartet album features Walt Weiskopf on saxophones, Ugonna OKegwo on bass and Billy Drummond as drummer. In the spring 2011, Down East, featuring Peter Washington, Billy Drummond and others, was released. A profile in DownBeat magazine’s September 2011 issue was one of the many positive responses to this release. Peter is still very busy as a recording sideman, with recent appearances on Walt Weiskopf’s Day In, Night Out and See the Pyramid, Ryan Kisor’s Live at Smalls, Tom Guarna’s Major Minor, and others. Peter was awarded a $10,000 grant by the Doris Duke Foundation, Chamber Music Ameica, and was able to compose and perform a new piece for his jazz trio with Al Foster and Paul Gill. This three-part suite was performed at two venues in New York: the Smoke Jazz Club in June 2005 and the Jazz Gallery in January 2006. Peter is a leader of his own groups in New York. He also makes national and international appearances as an artist, such as recent gigs at Zacatecas’ jazz festival in Mexico and the Copenhagen Jazz Festival. He also performs with other artists such as Ryan Kisor and Tom Guarna. Peter was the featured soloist for Gershwin’s I Got Rhythm Variations in 2011 with the Brooklyn Philharmonic. from http://peterzakmusic.com