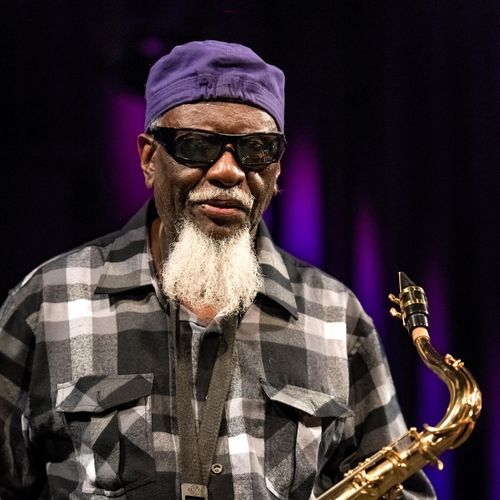 Pharoah S. Sanders (1940-1994) Pharoah is a well-known jazz saxophonist and pioneer of “free jazz”. His most notable work is his collaborations with Sun Ra and John Coltrane, but his solo works span over five decades between 1964 and the present. Pharoah Sanders was conceived Ferrell Sanders in Little Rock (Pulaski Country) on October 13, 1940. His mother was a cook at a school cafeteria and his father was a city worker. Sanders was an only child. He began his musical career playing the clarinet in church hymns. Sanders’ first artistic achievements were in art. However, it wasn’t until he was at Scipio Jones High school in North Little Rock (Pulaski Country) that he discovered the tenor-saxophone. Jimmy Cannon, the band director, was also a jazz player and introduced Sanders. Sanders, still a student, took over the role of band director when Jimmy Cannon left Scipio Jones High school. Sanders was a sneaky performer who would visit Little Rock’s African-American clubs to meet with passing acts in the late 1950s. Little Rock was a part of the Memphis-Garland County touring route for rhythm and blues.