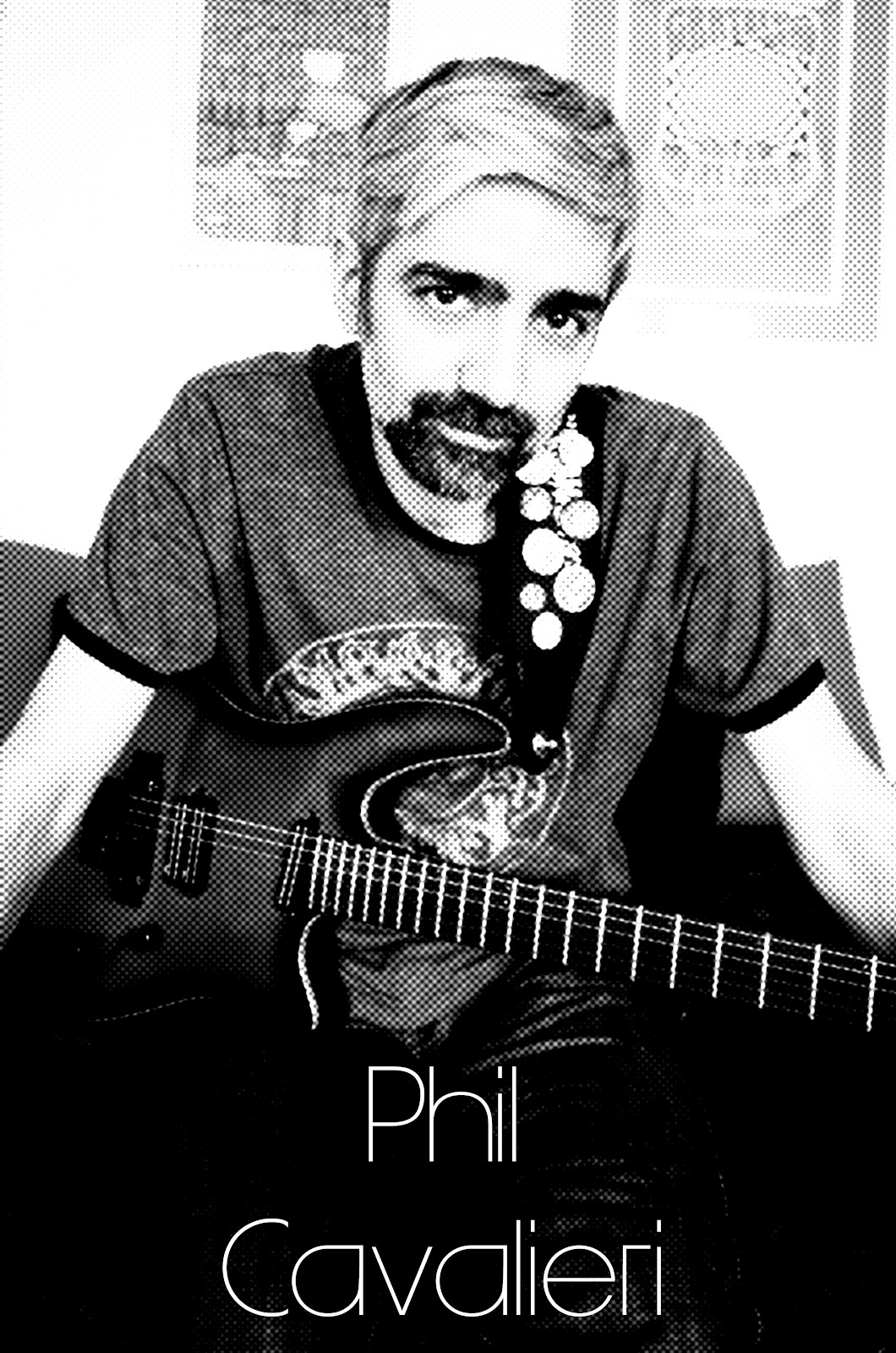 Filippo “Phil” Cavalieri was born in 1974. He grew up during a time when jazz-rock was at its peak. He spent his formative years in Ferrara (Italy), where he was surrounded by all sorts of musicians, including Barry White and Jimi Hendrix. While learning his instrument, Phil was inspired by Jerry Garcia, Santana and Jimi Hendrix. He also was influenced as a guitarist in the classic rock band of seventies. Cavalieri says he is more blues-rock than he actually is, but it was his love for jazz that led to a new way of looking at improvisation and the style of playing. After graduating from high school, Phil moved to Holland, where he studied with and performed with many jazz musicians, including Jan Kuiper and Winfred Buuma. He also attended workshops by Charlie Haden and Scott Henderson, Gary Willis and John Taylor. Cavalieri began playing in pro bands in Italy during the middle nightsies. Phil has since proven himself to be a top-class player and composer. He started playing and composing with Stranisuoni in 2000. He also worked on various projects with Luca Bui (an Italian pop singer). His new tunes were broadcast nationally. After his experience in commercial music, he returned to jazz music and began a new season. This took him away from music for an immersion research that allowed him to play and compose the way he wanted. Fabio Petretti and Paolo Ghetti were his instructors. He also completed a John Scofield music study. The new composition, which reflects John Scofield’s interest in outside playing and Wayne Krantz’s latest work, was the first step to becoming an independent artist. This self-release, “The first third”, is a mix of outside playing and a touch of psychedelic (“never forgot the Grateful Dead!” appears to read between the guitar strings). Phil played various instruments on each track with the guitar being the main instrument. It will be sold at Cdbacy jazz department. He is currently an instructor and musician in Ferrara. His method for outside playing for fusion guitarist is a new way for students to explore the variety of outside playing with guitar. from www.philcavalieri.com