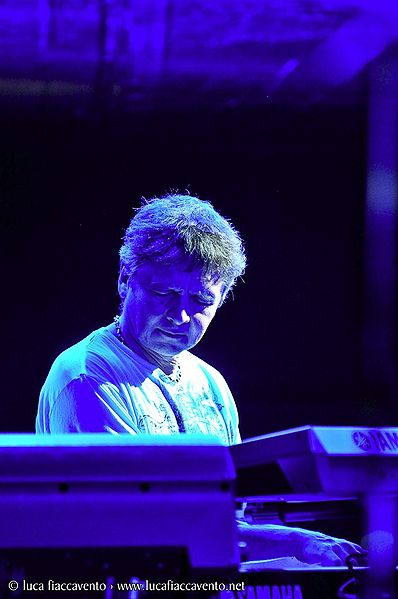 Philippe Saisse, a French Grammy Award-nominated Smooth Jazz/New Age music keyboardist and producer, is also an arranger and producer. He was born in Marseille, and grew up in Paris. He graduated from the Conservatoire de Paris and was awarded a scholarship to Berklee College of Music. He was Gary Burton’s protege and made his debut at Al Di Meola’s Splendido Hotel. He was also a Felicia Collins collaborator and wrote for David Sanborn. He also worked in alternative rock, jazz-fusion, and rock world for David Bowie and Chaka Khan as well as Al Jarreau, Paul King and The Rolling Stones. He was the house band keyboardist for The Sunday Night Band between 1988 and 1990, when the popular music performance show Sunday Night aired on NBC late-night TV. At World’s Edge was Saisse’s solo album in 2008. It was nominated by the Grammy for Best Contemporary Jazz Album. Although the album did not achieve the commercial success expected from an album featuring a number of high-ranking musicians, it brought back Saisse and two of his old friends, Pino Palladino and Simon Phillips. They formed an instrumental rock/jazz trio, PSP (or Phillips Saisse Palladino). PSP LIVE is their debut album on the C.A.R.E Music Group (of Munich), and Forest Records. A minor tour of Europe supported them from 2009 to February 2010. The tour highlighted the talents of each of the performers in the songs they chose for their set list. [2] The trio ended their Japan tour at the end March 2010, after Palladino was able to take time in February to fulfill his duties as touring bassist for The Who at the Super Bowl XLIV quarter-time show in the United States. Saisse was part of Dave Koz