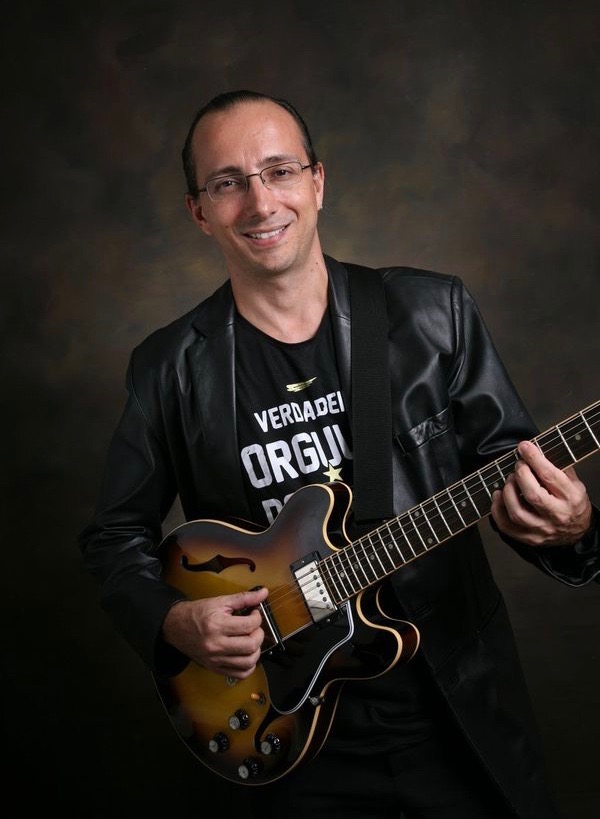 Phill Fest’s training and background give his music a unique flavor that is unheard of in his generation. Phill was born in Minneapolis in Minnesota, and currently lives in Florida. Phill was raised in a musical household. His father is a recording artist, and his mother is a composer and music teacher. From the beginning, Phill was exposed Brazilian and American Jazz. As a child, I remember hanging out with Sergio Mendez on the backstage stage many times. Manfredo Fest was his father and the Music Director for Bossa Rio. This opened Brasil ’66 for three consecutive years. Phill began playing guitar when he was 16. The’six-string’ was easy for Phill, who had already studied clarinet as well as violin. Phill was a student at Music Tech of Minneapolis from 1989 to 1990. My training is a mixture of self-taught and school techniques. Phill was a member of Deeforce for five years. This all-original, eclectic rock-n’roll band won the Florida Jammy Awards’ best original band award ’93-’94. The band was also known as The Starliters, as in Joey Dee and The Starliters, and for their hit singles Peppermint Twist, and Shout. “I’ve been lucky enough to play with some of the greatest oldies, including Spencer Davis, Bo Didley and Drifters. Phill recorded four compact discs for Concord Jazz with Manfredo Fest, his father. Each recording features a Phill composition. from http://www.phillfest.com