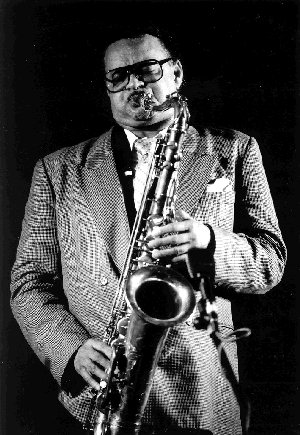 Plas was born in Donaldsonville (La.), about sixty miles north-east of New Orleans. Plas and Ray, their brother, formed the Johnson Brothers Combo as teenagers. They played around New Orleans for many years. Plas left New Orleans to travel with the Chartes Brown Blues Band in 1951. After a brief stint in the Army, Plas made a permanent move to California. Plas was a student at the Westlake School of Music for one year and a quarter, but his studies were hampered by a busy schedule of recording dates. Johnny Otis brought Plas to his attention and immediately added him to the blues group. Johnny introduced Plas to Dave Cavanaugh who was an influential A.