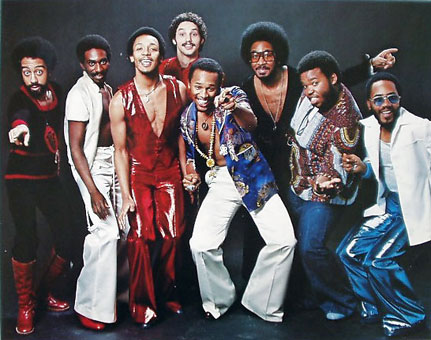 Pleasure, a Portland, Oregon-based band, blended soul, jazz, and jazz with a street edge. They became a cult favorite on the underground black music scene in the late 1970’s. Their 1979 hit “Glide” is perhaps their most well-known song. Pleasure was founded in Portland, Oregon in 1972 by two Portland bands: Franchise and The Soul Masters. It featured guitarist Marlon McClain and bassist Nathaniel Phillips. They also included drummer Bruce Carter and keyboardist Donald Hepburn. Dan Brewster, trombonist Dan Springer and Sherman Davis as well as saxophonist Dennis Springer. Wayne Henderson, a member of The Crusaders, saw them perform in a Portland bar. His enthusiasm and admiration led to Fantasy Records signing a contract with them. This was the start of a six-year relationship with Fantasy Records and a four-year relationship with Wayne Henderson, who, through his own production company “At Home Productions”, was the group’s mentor and producer. Members of the band worked with Ronnie Laws, Gabor Szabo and Willie Bobo, among others, throughout their journey. Pleasure’s greatest success was in 1979 with the Top Ten R.