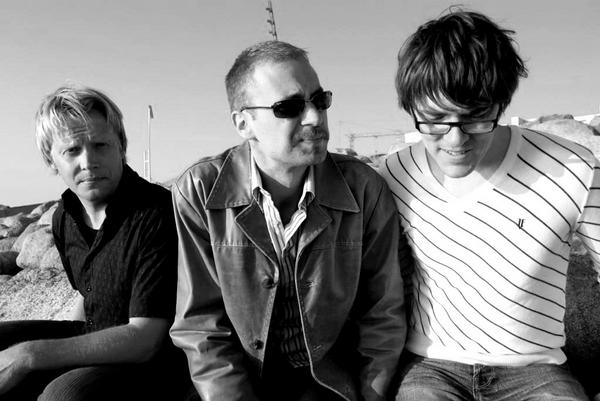 Since 2001, the Swedish band Plunge has existed. The Malmo-based trio specializes in acoustic, collectively improvised music. Their music is built on interplay, presence and spontaneity, as well as a deep sense of form. Plunge has performed in Sweden, Denmark and Italy as well as in the UK. They have also released two albums on the Swedish indie label Kopasetic Productions: “Plunge” (2004), and “Refreshingly Addictive” (2007). Plunge is a three-piece band that also collaborates with Bobo Stenson, a renowned Swedish pianist. In the fall 2002, the trio began a rewarding collaboration with Stenson. This has resulted in many tours in Sweden, numerous radio broadcasts across Europe, as well as two CDs on Kopasetic: “Plunge With Bobo Stenson” (2005/2009) and “Origo” (2009). PLUNGE is Andreas Andersson, Saxophones Andreas has established himself as one the most personal saxophonists in Sweden with his powerful sound, and lyrical playing. He is active in both the Swedish jazz scene and the improv scene. He has performed with Ola Heden, a pianist, and Markus Wargh, an organ improviser. He also plays in duos. Andreas has written music for improvising large band, amateur theatre, documentaries, and many tunes for smaller groups. Mattias Hjorth- Mattias is a double bass player. His melodic and sensitive playing can be heard in many groups such as Cennet Jonsson Quartet and Loic Dequidt Quartet/Quartet, and Footloose. Mattias has collaborated with many well-known musicians such as Bobo Steenson, Tommy Smith and Dave Liebman. Mattias is also highly respected as an ensemble and improvisation teacher at Malmo Music Conservatory, Fridhem’s Folkhogskola and in Svalov. Peter Nilsson-Drums Peter is a highly-respected drummer in Sweden. You can hear his organic and varied playing in many ensembles including the Cennet Jonsson Quartet and Anders Nilsson’s Aorta. He has worked with Miroslav Vituos and Marc Ducret as well as Bobo Stenson and Tony Malaby. Allaboutjazz