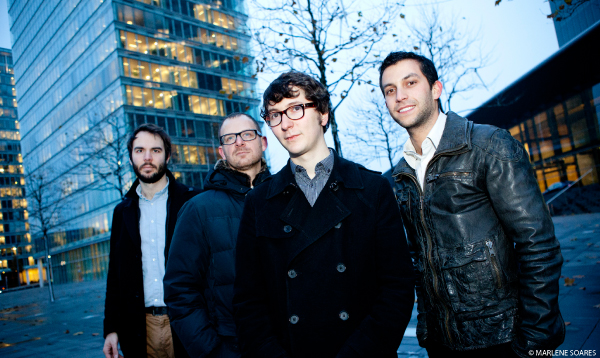 While they have gained new experiences in Amsterdam and Brussels, the young musicians of Pol Belardi’s Force, formerly called “4S”, have always been connected to Luxembourg, their home country. The quartet’s first performance together (with David Ascani on the saxophones), was in 2009 at a local festival. It felt like the band had chemistry from the start. After much writing, rehearsal, and searching for the right sound, energy, the final result is a new blend of modern improvised musical styles, drawing inspiration from pop, alternative rock, and hip-hop. However, it also incorporates elements from classical and jazz traditions. In January 2013, Pol Belardi’s first full-length album was published. It featured a dozen of his compositions. Pol Belardi’s Force welcomed David Fettmann, a talented saxophone player, to their ranks in November 2013. The band released “Delusions of Grandeur”, a new album, in 2014. They didn’t see this as a loss. The quartet’s original compositions offer a unique experience in modern jazz, with their crisp grooves, strong harmonies, warm melodies, clever tension-release techniques, different moods, and lots of interaction. from http://polbelardi.com