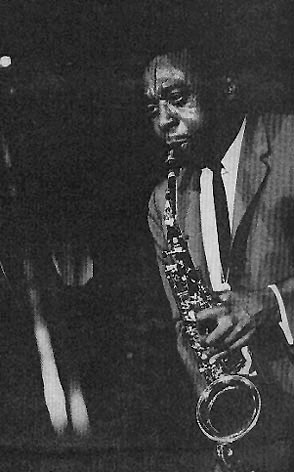 Pony Poindexter was one of the first jazz musicians who started doubling on soprano in bop. Like many other saxophonists the clarinet was his initial instrument before he switched to alto or tenor. Poindexter was a student of Sidney Desvigne’s in New Orleans (1940), and then he attended the Candell Conservatory of Music, Oakland. He was a member of the 1947 Billy Eckstine Big Band, and toured with Eckstine several times between 1948-1950. Poindexter lived in the San Francisco Bay Area for most of his life. He traveled a lot with Lionel Hampton between 1951 and 1952. He was a steady worker as both a sideman, and a leader in local clubs during the 1950s. Neal Hefti was well aware of Poindexter’s talent early on and wrote “Little Pony” for the Count Basie Orchestra, 1951. It was a classic Wardell Gray feature, and Jon Hendricks would add lyrics to the version recorded by Lambert, Hendricks.