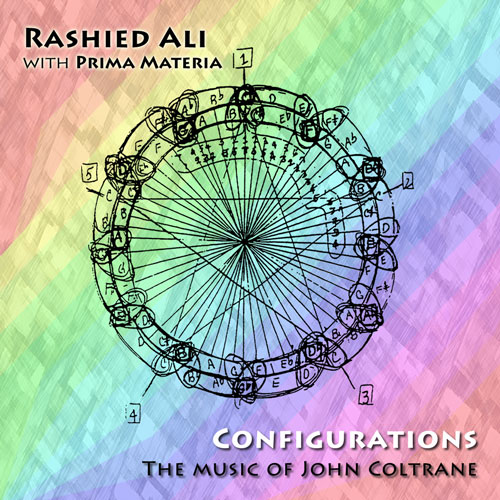 Prima Materia is a quintet from New York City that focuses on the free-time, jazz brilliance of Rashied Ali, John Coltrane’s final drummer. Ali performs with this band the same way he did with John Coltrane: powerfully and with a hyper-rhythmic drive that is unmatched by contemporary percussionists. Louis Belogenis, altoist Allan Chase and tenor saxophonist Louis Belogenis form the band’s frontline. They are a complementing pair of improvisers. Two bassists were originally part of the band’s original lineup: Joe Gallant and William Parker. Parker left the band, and was replaced by Greg Murphy, a pianist whose percussive agility increased the intensity. The band was originally formed to perform Coltrane’s most expressive compositions. They have also been able to interpret the works by Albert Ayler. Allmusic