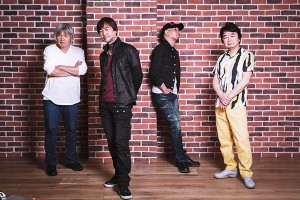 This is the very first Japanese fusion band. The original band that formed the band was Akira WadaKen WatanabeDaisaku KumeKohki ItohKatsutoshi MorizonoRika Suzuki, etc. 1975. In 1975, the band was chosen to open Eric Clapton’s Japan tour. After much competition from record companies, the band signed to Polydor Records, and the first album, “PRISM”, was released. Many fans waited in line for hours, and the album sold out many times. The debut concert took place in Meguro, Tokyo’s Sugino Kodo hall. A fan formed a line that lasted as far as Meguro station. It was a great start for the band. bio from www.prismjapan.com