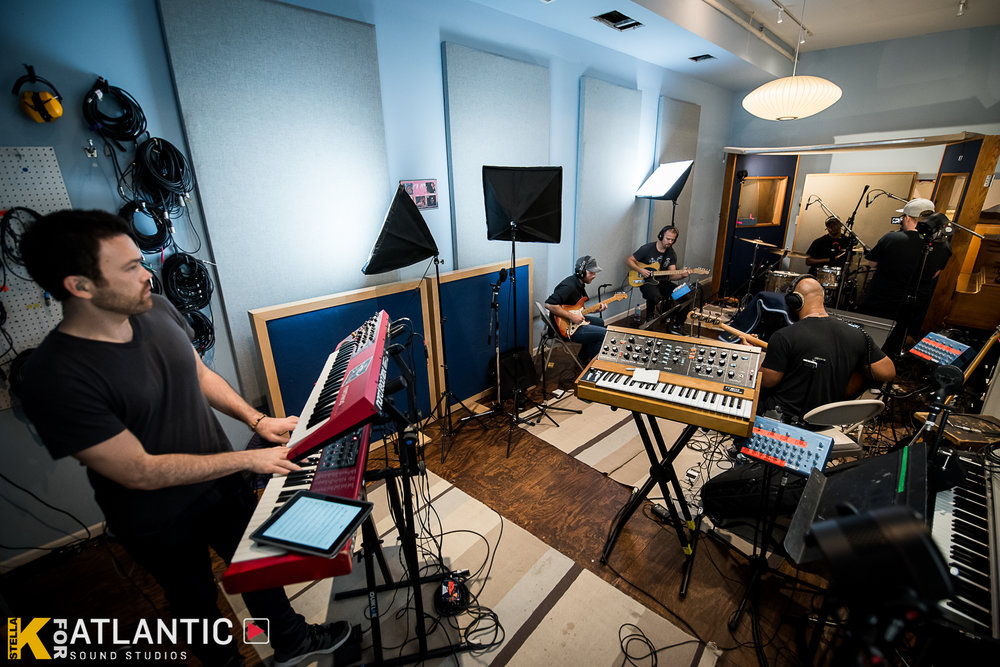 The idea of a jam session in Austin’s rehearsal space has evolved into a tri-coastal group of talented music-makers. Their captivating live performances and studio recordings have received acclaim from publications and fans around the globe. Progger’s passion for music, which combines sophisticated harmony and melody with visceral beats or riffs, holds him together. Through three critically-acclaimed releases (a fourth is on the way) and live tours supporting acts like Parliament/Funkadelic, Snarky Puppy, Ghost-Note, and the Funky Knuckles, Progger has developed an international following of devoted fans. Composers Brian Donohoe, Matthew Muehling, and drummer Daniel Watson began weekly sessions in Austin with guitarist Carter Arrington and bassist Nicholas Clark during the record-breaking Texas summer heat. Despite Austin’s rich music scene, Muehling and Donohoe were both guitarists. Donohoe was a keyboardist and saxophonist. They had not found much progressive jazz-funk-rock-fusion they liked so they brought along some friends to create their own. A year-long residency at the legendary One-2-One Bar allowed Progger to develop the music that would become their first two independently-released albums, “Beatmaker” and “Populace.” Despite huge life changes in the following years– some band members moved across the country, others started families– the band was determined to continue developing the unique sound it had started in Texas. Progger’s core started collaborating with musicians from Los Angeles and New York, which attracted the attention Ropeadope Records. They helped to release the band’s third album “Scattering.” It features Progger along with New York musicians like Bryan Ladd, Devin Collins, Daniel Muniz, Akira Ishiguro and guitarists Daniel Muniz, as well as two members of Snarky Puppy Justin Stanton (keyboards) and Nate Werth (percussion). Progger’s fourth album, “Dystopia”, is being eagerly awaited by fans. It will also be their second album for Ropeadope. However, positive reviews for “Scattering,” continue to come in. Crash Chords in Brooklyn describes it as “gripping… tight… it will lift you heart in a very special manner.” Positive reviews for “Scattering” continue to roll in from www.proggermusic.com