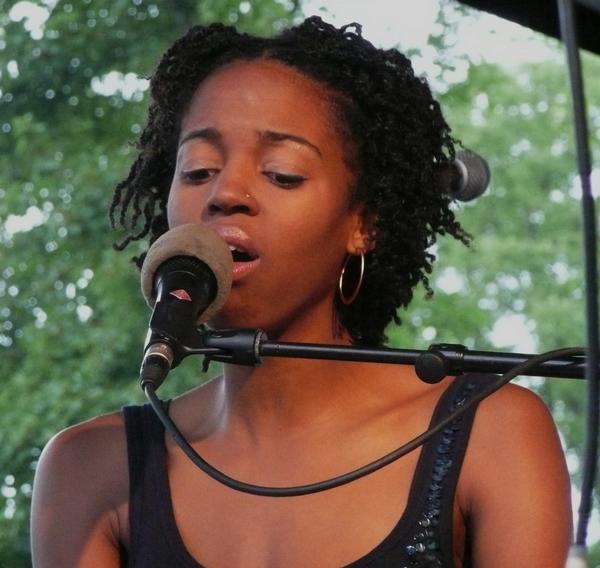 Pyeng Threadgill has deep musical roots. Pyeng Threadgill is the daughter of Henry Threadgill, a jazz composer, and Christina Jones, a choreographer. She received her BA degree in music at Oberlin College and was granted the Mellon fellowship to study Brazilian music. Pyeng is continuing her education at the Institute for Audio Research. She is currently studying for certification in Alexander Technique. This teaching method helps to change habitual tension patterns, increase movement awareness, and reduces anxiety. Threadgill’s 2004 debut album, Sweet Home: The Songs Of Robert Johnson, received wide critical acclaim. Her sophomore effort, “Of The Air,” will be up against a formidable challenge. C. Michael Bailey, who reviewed “SweetHome”, for All About Jazz, said that “SweetHome was one of the most outstanding debut albums of 2004.” Pyeng is optimistic that her ability to simultaneously reach forward and back will allow her to achieve her goal of combining music from the past and contemporary music. She has used traditional African American standards and spirituals as well as her own unique experience in punk.