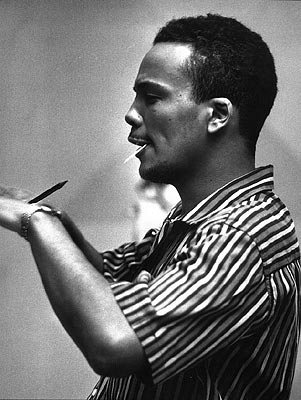 Quincy Delight Jones Jr. was born March 14, 1933. He is an American music producer, musician, arranger, composer, and film director. Jones’ 50-year career in the entertainment business has seen him earn more than 70 Grammy Award nominations and more than 25 Grammy Awards. He also received a Grammy Legends Award in 1991. His most notable achievements include the production of two of the greatest-selling records ever: Thriller by Michael Jackson and the charity single “We Are the World”. He is also known for his work with Frank Sinatra. Jones and his songwriting partner Bob Russell were the first African-Americans to be nominated in 1968 for the Academy Award in “Best Original Song”. He was also nominated for Best Original Score (for In Cold Blood) twice that year. Jones is also the first and only African-American producer to be nominated in the Best Picture category (for The Color Purple, 1986). In 1995, Jones is the first African-American recipient of the Academy’s Jean Hersholt humanitarian award. With seven nominations, he is tied for seventh place with Willie D. Burton, sound designer. Text contributed by users is possible under the Creative Commons By–SA License. It may also be available under GNU FDL.