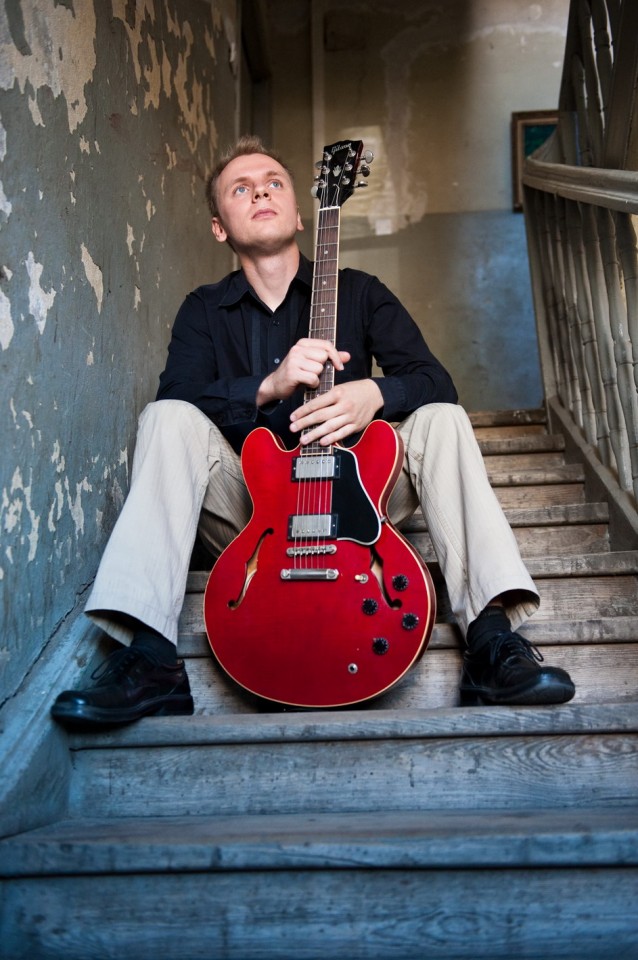 Rafal Sarnecki, originally from Warsaw in Poland, is currently a jazz guitarist/composer living in New York. After his victory at the International Jazz Guitar Competition- Guitar City 2002 in Warsaw, where he received the 1st award, he began to be recognized in Europe. He moved to New York in 2005, where he was awarded a scholarship to the Jazz and Contemporary Music program of the New School University. He completed his undergraduate degree at The New School in 2008. He received his MA in jazz performance at Queens College CUNY in New York in 2010. Rafal is a leader in his own jazz projects and has performed at festivals and clubs in eleven European countries, Israel China, Korea, and China. He has also toured the US’ East and West coasts. As a leader, he has released 3 CDs. The Fryderyk 2009 Award was presented to Song From a New Place (2008), which is the Polish equivalent to a Grammy. The Fresh Sound New Talent label released Rafal’s second album The Madman Rambles Yet Again in 2011. The album was selected by Dave Sumner, editor of All About Jazz, as one of the top 12 jazz albums in 2011. Brooklyn Jazz Underground Records released Rafal’s third CD Cat’s Dream in August 2014. Rafal currently resides in New York City and is involved in many groups and projects, including: Annie Chen Group and David Bertrand Quartet; Majid Khaliq Amalga Nation; Leonor Falcon Group and Lucas Pino No-Net Nonet. from http://rafalsarnecki.com