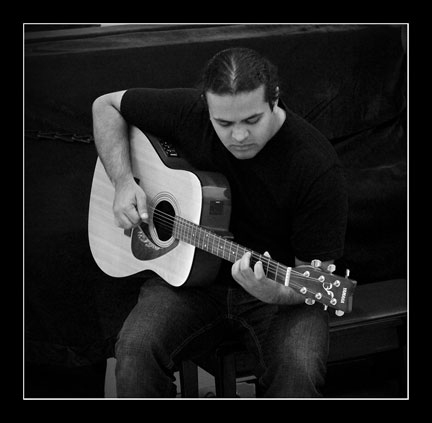 Rahul is a Maryland-based musician. He was born in India and has been performing live for more than fifteen years. His varied performing career has taken him to places like Chicago, Boston and Virginia. Rahul has appeared on many recordings. One of his pieces was featured in a Singapore movie. His music was also played on DC Tri-state Radio. His music was featured in several animations and was used to score the Fractal Forums web episodes. Rahul was one of the Editors Picks for Guitar Player magazine and one of the people to watch in 2008. He is also a guest instructor on the Shred Academy website. From www.mukerji.us