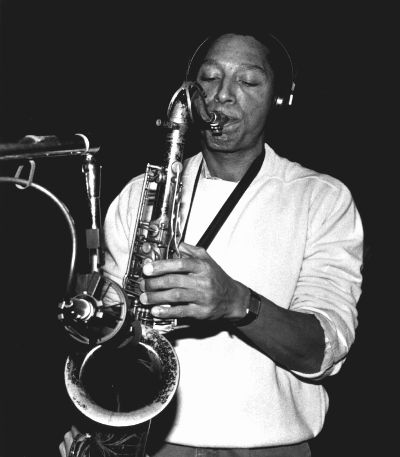 Ralph Moore was born in London and grew up in a densely populated inner-city area. His mother, who was 13 years old, bought him a trumpet. Ralph began studying with Alan Briggs in Brixton and soon found himself in the pub with his favorite musician. Briggs owned a tenor Sax, and Ralph was immediately drawn to the beauty of the instrument. He quickly switched to the saxophone and became proficient. He moved to California in 1972 to be with his American father. He graduated from Santa Maria High School, where he was a member of the jazz orchestra and won many music awards. He enrolled at Berklee College of Music in 1975. There he studied with Andy McGhee, a saxophonist. Three years later, he received the Lenny Johnson Memorial Award from the college for outstanding musicianship. After a tour in Scandinavia, he was ready to start his professional career. He later joined Frank Quintero for recording work and a tour through South America. In 1981, he moved to New York City and joined the Horace Silver Quintet. This association lasted for four years and included tours in Europe and Japan. Ralph worked later with Charles Mingus Dynasty, Roy Haynes and most recently, Freddie Hubbard, the quartet that included drummer Roy Haynes, Charles Mingus, and trumpeter Freddie Hubbard. He was on a long-planned overseas tour in 1987 with Dizzy Gillespie’s Reunion Big Band. He can be heard on record with Bill Mays, guitarist Kevin Eubanks and Bill Mays, as well as trumpeters Valery Ponomarev and Freddie Hubbard. He can also be heard on the Brian Lynch Sextet album. Since 1996, Ralph has been quiet and has not released any commercially-released material. He has also not appeared on any recordings sessions since 1999. Text contributed by users is available under Creative Commons By–SA License. It may also be available under GNU FDL.