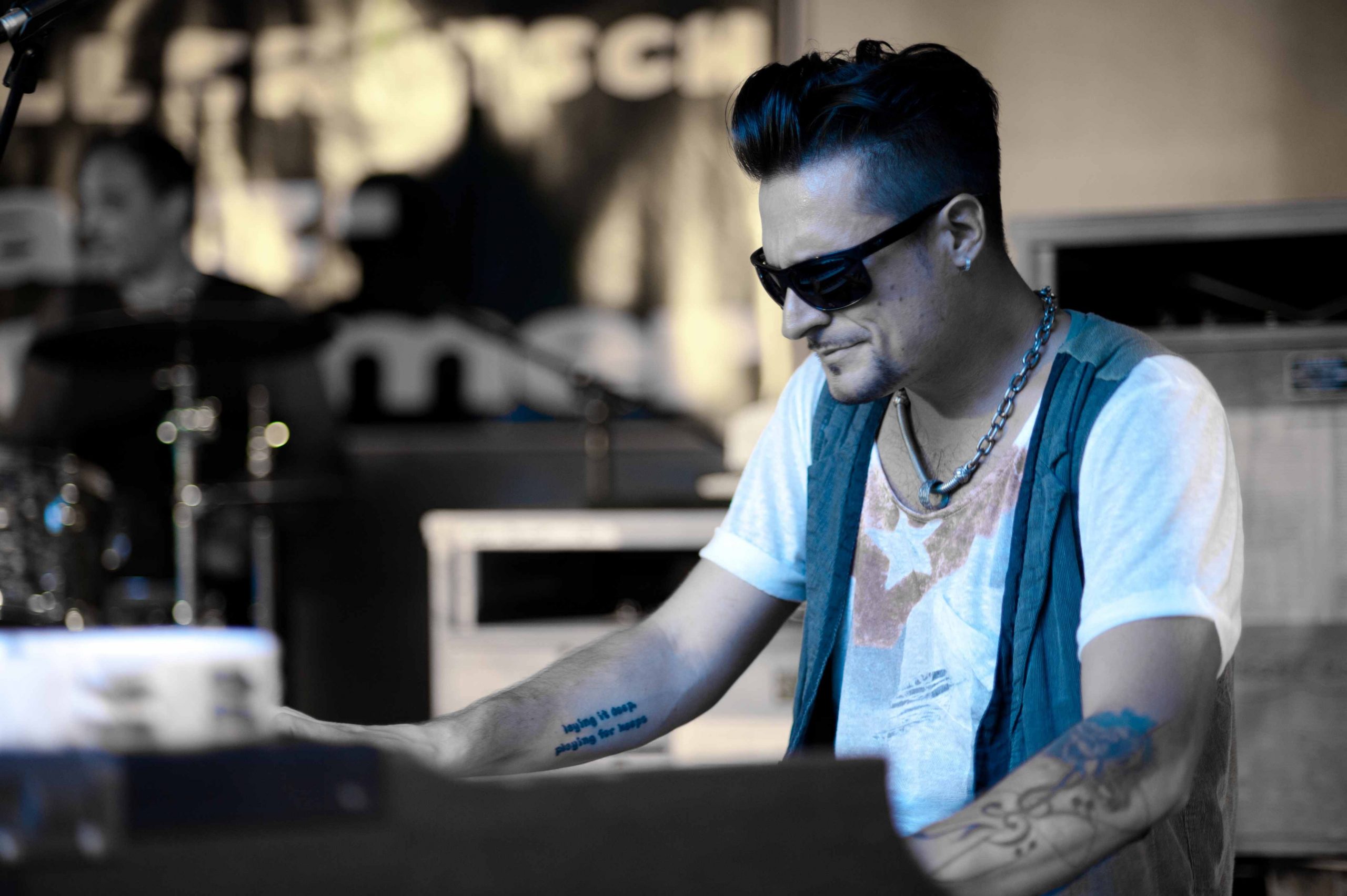 Raphael Wressnig’s unique style of organ playing has been admired over the years. It is both beautiful and explosive. He is a top-tier musician in the international jazz and blues scene. Raphael was born in Graz (Austria) on 14 October 1979. Raphael began learning to play the piano and organ at 16 years old. He has never stopped being fascinated by blues, jazz, and funk. Raphael draws his main inspirations from jazz organists Jimmy Smith, Jack Mc Duff, Jimmy McGriff and “Groove” Holmes. John Medeski and Larry Goldings, as well as Billy Preston, a rock, soul, and gospel organist, are other influences. Raphael Wressnig’s Organic Trio was formed soon after he developed a personal style. Their debut album, “Manic Organic”, was released in 2002. Raphael began a four-year, six-record association with “Sir Oliver Mally”, an Austrian guitarist and songwriter. Raphael was asked by Larry Garner, a blues legend from Baton Rouge (La), to join his band. This collaboration has been ongoing for many years. Raphael has played and toured with many of the most respected and well-known blues musicians in the world, including: Phil Guy (Grammy winner), ex-Rolling Stones and “Miss You”); James Armstrong, John Mooney and Steve James; Sharrie Williams; Doug McLeod. He has played with some of jazz’s most renowned players: Horacio “El Negro”, Hernandez (Grammy winner), ex-Carlos Santanta and McCoy Tyner), Craig Handy, (Mingus Dynasty Band, Roy Haynes Band,” “Bill Cosby Show Thme”), Jim Mullen, Pete York (Spencer Davis Group), “Super-Drumming,” Helge Schneider. He has shared the stage with many other top-tier artists, including Tony Monaco (jazz organ maestro from Ohio), Billy Paul (“Super-Drumming”), and “Me And Mrs. Jones”! Sonny Rhodes, Ronnie “Baker” Brookes and many others. Raphael Wressnig’s focus has been on the organ trio and combo format for the past few years. His “RaphaelWressnig’ Organic Trio”, which includes Georg Jantscher on guitar, and Lukas Kufler on drums, is widely recognized as one the most innovative organ trios in Europe today. They are also known for being one of the most grooving groups in Austria. Concerto magazine named their album “In Between”, the “Best Jazz Album of the Year” for 2004. The album “Boom Bello”, which was released in 2006, features Alex Schultz and Sax Gordon as well as Christian Bachner, Luis Ribeiro, and Christian Bachner. Raphael’s collaborations with Alex Schultz, a well-known guitarist, have resulted in countless tours as a smooth trio and as a hard driving blues band. Finis Tasby, a Dallas-based blues singer, is also part of the group. Raphael also leads the hard-rocking Raphael