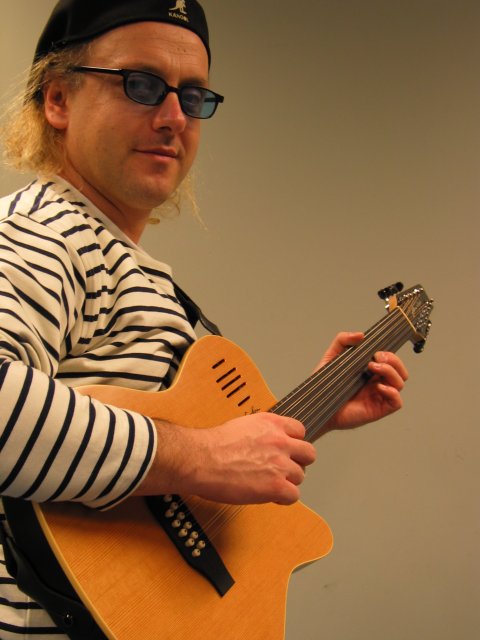 Zjaca, who has many critically acclaimed recordings under him, has recorded and performed alongside some of the most important musicians in jazz and modern-improvised music. He is an innovator musician and is well-known for being a skilled guitarist. His improvisational style is a testament to his unwavering individualism. Ratko is a prolific session guitarist who has played on numerous recordings. Although he is an excellent player in many musical genres, he is most well-known for his work with modern jazz and improvisation. Ratko has recorded a variety of albums, both as a leader and as a sideman. Zjaca, a highly skilled stylist, plays many roles in his macrocosm music: composer, performer, educator, and contemporary guitarist. Zjaca’s unique musical vision absorbs all music and reflects it. However, he retains an enviable individualism as well as high quality craftsmanship. His range of musical styles can be quiet and intimate to intense intensity. There are many musical backgrounds including jazz, world music and free improvisation. He is a composer and improviser who has created original music. His unique style is bold, fearless and ambitious. He graduated from Zagreb University. He was driven to learn and felt the immense need for education. He found refuge in The Netherlands at Rotterdam Conservatory. He was able to receive instruction from well-respected masters. He attended masterclasses with Joe Pass, Jim Hall and Mike Stern. Ratko, unlike his colleagues, isn’t focusing on saxophone phrases. He is constantly expanding the vocabulary of guitar in today’s music world. Ratko is a skilled teacher who can transpose complex phrases and concepts into structures that are suitable for all musicians, while improving his performance. Master classes are held all over the globe for fretless and guitar. He has taught master classes in the United States, France, Croatia, Slovenia, and the Netherlands. He studied composition, jazz guitar and Indian classical music at the Rotterdam Conservatory. He also studied at New York University School of Music. He began working with his own band and the American trumpet legend Benny Bailey. Ratko has participated in many international festivals and was booked for major club dates on the European and American scenes. Ratko has made great efforts to enrich his life through appearances and recordings. Benny Bailey and Reggie Workman were also among his recordings. Ratko recorded “A Day in Manhattan” in New York in April 2000 with Miles Davis’ rhythm section, Reggie Workman, and Al Foster. Ratko is currently writing music and working on a world music project. He plays baritone and sitar as well as fretless, soprano and electric guitars. This will be part 2 of his Shades of Spirit record, Fretless Guitar Project. Ratko formed a new quartet along with Miroslav Vitous, a legendary bass player and composer. Ratko recorded a quartet album, Crossing The Border in New York City, along with John Patitucci and Al Foster. All original compositions were made by all four members. Ratko has released a new album, Continental Talk, featuring John Patitucci and Steve Gadd as well as Randy Brecker, Stan Mitrovic, and Stan Mitrovic. Ratko just released “The Way We Talk”, a new CD with Simone Zanchini and Adam Nussbaum. Ratko’s latest CD, “Now and Then”, features his favorite musicians, Miroslav Vitous and Reggie Workman. The new ZZ Quartet CD, “Beyond The Lines”, is now available on In Out Records. Ratko, Simone Zanchini with Adam Nussbaum and John Patitucci have released “Don’t Try This Anything Anywhere”. Orpheus Award 2016 for best Italian production for jazz music – “Don’t try this anywhere” won it. Ratko, Stefano Bedetti, Renato Chicco have released a new CD called “Life on Earth”. Ratko plays handcrafted guitars by Chris Mirabella. Ratko endorses Godin Guitars. Carlos Juan CP-1A pickups are used by Ratko for his acoustic guitar. Ratko Zjaca has been nominated by international journalists for the best South American El Intruso New Creative Music Critics Poll Award 2010. Visit www.ratkozjaca.com