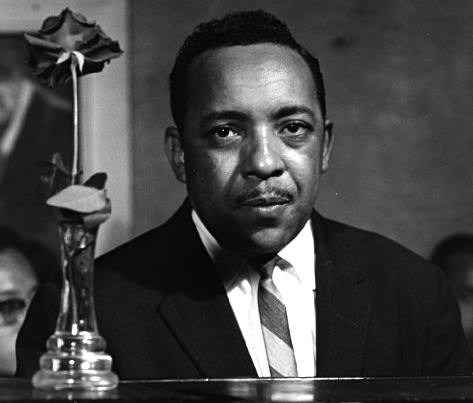 Red Garland incorporated the influences of his generation (Nat Cole and Bud Powell) into his unique approach. Garland’s block chords were influential on musicians of the 1960s. At age 18, he switched to piano after he had already started playing clarinet and alto. He worked in New York and Philadelphia from 1946-1955. His support for major players like Charlie Parker, Coleman Hawkins and Lester Young was a steady stream of work, though he remained relatively unknown. He was a member the Miles Davis Quintet (1955-1958), where he led a rhythm section with Paul Chambers, Philly Joe Jones, and other musicians. Garland formed his own trio after leaving Miles. He recorded a lot for Jazzland, Prestige and Moodsville between 1956 and 1962 (most of which are in the Original Jazz Classics collection). After returning to Texas, the pianist was semi-retired. However, he returned gradually to Texas in the 1970s and recorded for MPS (1971), and Galaxy (1977-1979) until he retired again. From www.allmusic.com