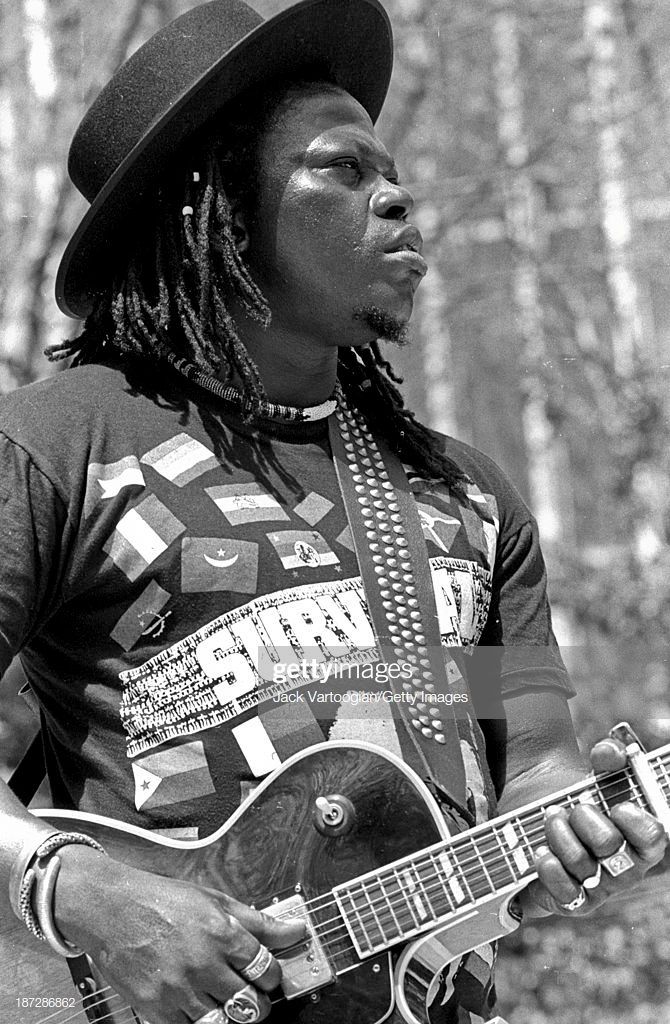 Ramadhani Mtoro Ongala (1947-13 December 2010) was an Tanzanian singer and guitarist. Ongala was born near the Tanzanian border in Kindu, in what was then the Belgian Congo, now the Democratic Republic of the Congo. Since the 1980s Remmy Ongala has been a rising musician. He was part of the soukous (a Congolese form of Rumba) which, along with his OrchestreSuper Matimila (named for the businessman who owned the instruments), helped to transmute to Tanzanian music, often called Ubongo. This is the Swahili term for brain and led to Tanzanian hip hop, especially in Dar es Salaam in the 1990s. Artists and listeners often refer to Ubongo as “conscious” music. It is one that actively contributes with socio-political commentary to Tanzania’s soundscape. Ongala believes in social justice and the elimination of racism, so he infuses his lyrics in these messages. Ongala is known as “Dr Remmy” because of his inspiring message. Julius Nyerere, who introduced Ujamaa (or familyhood) to the world in 1961 after the British colonial regime was ended, emphasized justice and equality. This became a common theme in the music of many Tanzanian musicians, including Remmy ongala. Oliver Stone used his song “Kipenda Roho”, which he sang in Natural Born Killers. According to reports, he died at home in Dar es Salaam on 13 December 2010. He was posthumously awarded the Hall of Fame trophy at 2012 Tanzania Music Awards. From Wikipedia