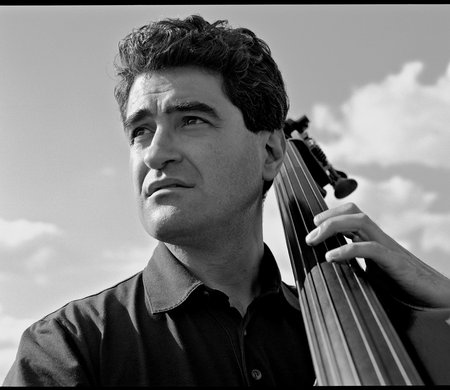 Pierre Garcia-Fons is Garcia-Fons’ father and his family are Catalonian. Garcia-Fons was a student at the Paris Conservatory in the 1980s. He studied with Francois Rabbath, who taught him the arco technique. Garcia-Fons is well-known for his melodic sense, and his col arco sound that sounds like a viola. Garcia-Fons’ musical influences include classical and jazz music, flamenco, new and traditional musette traditions, and “imaginary folklore”. He began playing jazz with Roger Guerin, a trumpet player. He was part of the French all-double bass group L’Orchestre de Contrebasses from 1987 to 1993. Before that, he played in Claude Barthelemy’s Orchestre National de Jazz. He worked with jazz musicians such as Jean-Louis Matinier and Michael Riessler. He was a contributor to Gerardo Nunez’s recordings and to Middle Eastern musicians such as Dhafer Youssef and Kudsi Erguner. Wikipedia