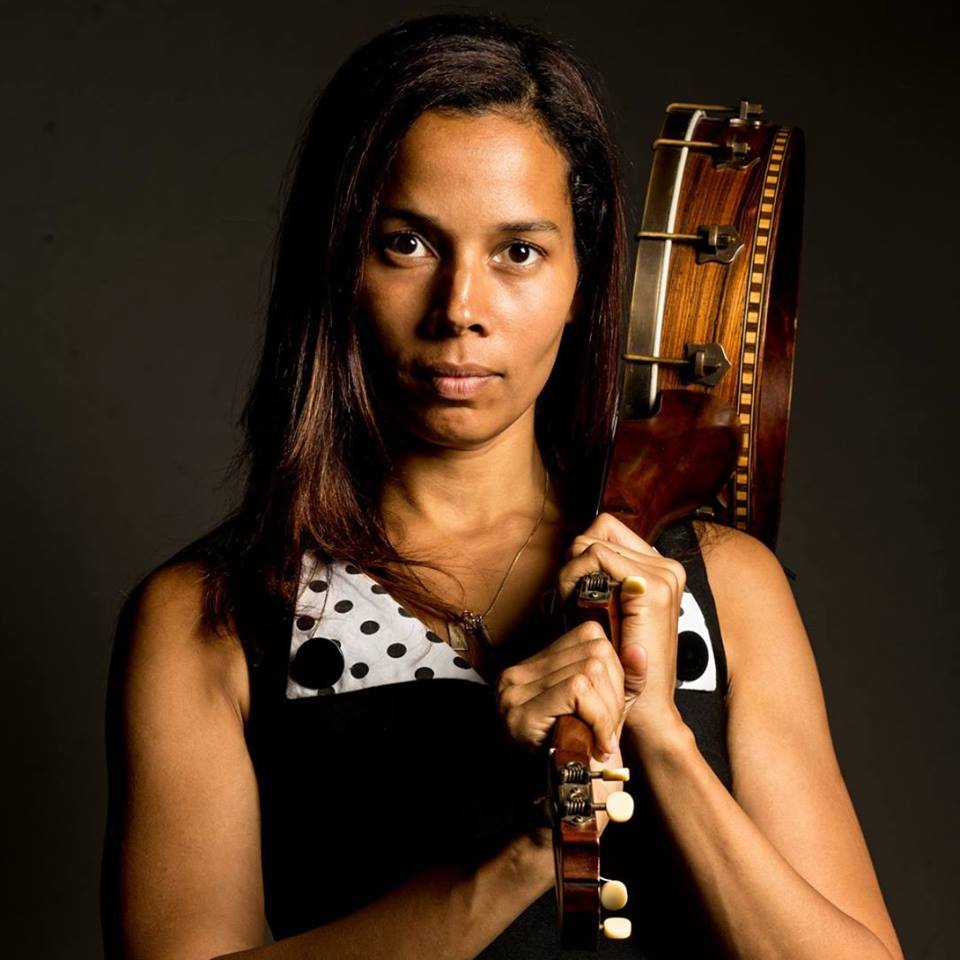 Singer and multi-instrumentalist Rhiannon Giddens is best known as the frontwoman of African-American string band the Carolina Chocolate Drops, whose 2010 album Genuine Negro Jig earned them a Grammy Award for Best Traditional Folk Album. Giddens was born in Piedmont in North Carolina and studied opera at Oberlin Conservatory. She then moved back to Piedmont where she immersed herself in rural music traditions. Their first folk project, Sankofa Strings, was formed after a chance encounter with future bandmates Justin Robinson (North Carolina) and Dom Flemons (North Carolina). The band was originally formed to offer a platform for performing early African-American musical styles such as blues, country, and hot string jazz. However, they learned much of their repertoire from Joe Thompson, a legendary old-time fiddler. They adopted the name “The Carolina Chocolate Drops” and released four diverse, well-respected albums. Then they signed with Nonesuch Records to record their breakthrough album in 2010. The band continued touring and recording after Genuine Negro Jig’s success. Their core sound was still Giddens’ strong vocals and fiddle/banjo playing. T-Bone Burnett drafted her to perform as a solo act at the 2013 Another Day, Another Time concert in New York. The event celebrated the musical era of Inside Llewyn Davis. She performed the Odetta song “Waterboy” which was widely regarded as the highlight of the night. She worked again with Burnett just a few months later, in early 2014. This collaboration was the New Basement Tapes recording. It featured Elvis Costello and Jim James (My Morning Jacket), Marcus Mumford, and Marcus Mumford (Mumford).