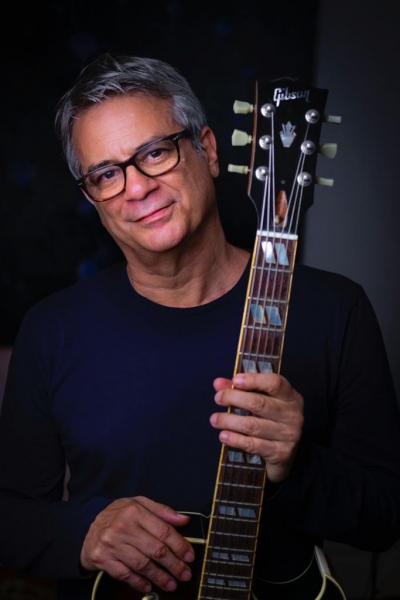 Ricardo Silveira was raised in Rio de Janeiro and was exposed to many musical styles from his home country. He was inspired by samba, bossa nova and carnival music, as well as Jimi Hendrix and Baden Powell. After high school, he moved to the Berklee College of Music in Boston. His training allowed him to move to New York City where he played with Herbie Mann and other musicians. He returned to Brazil and became one of the most highly-respected studio musicians in Brazil. After his return to Brazil, he recorded hundreds of albums and worked with some of the most prominent names in Brazilian jazz. He is most well-known for his collaborations with Gilberto Gil, and Milton Nascimento. They have often requested his presence on their recordings. Fans of Brazilian jazz became very fond of his solo recordings. He began exploring his own music in the mid-’80s and continued into the ’90s. Allmusic